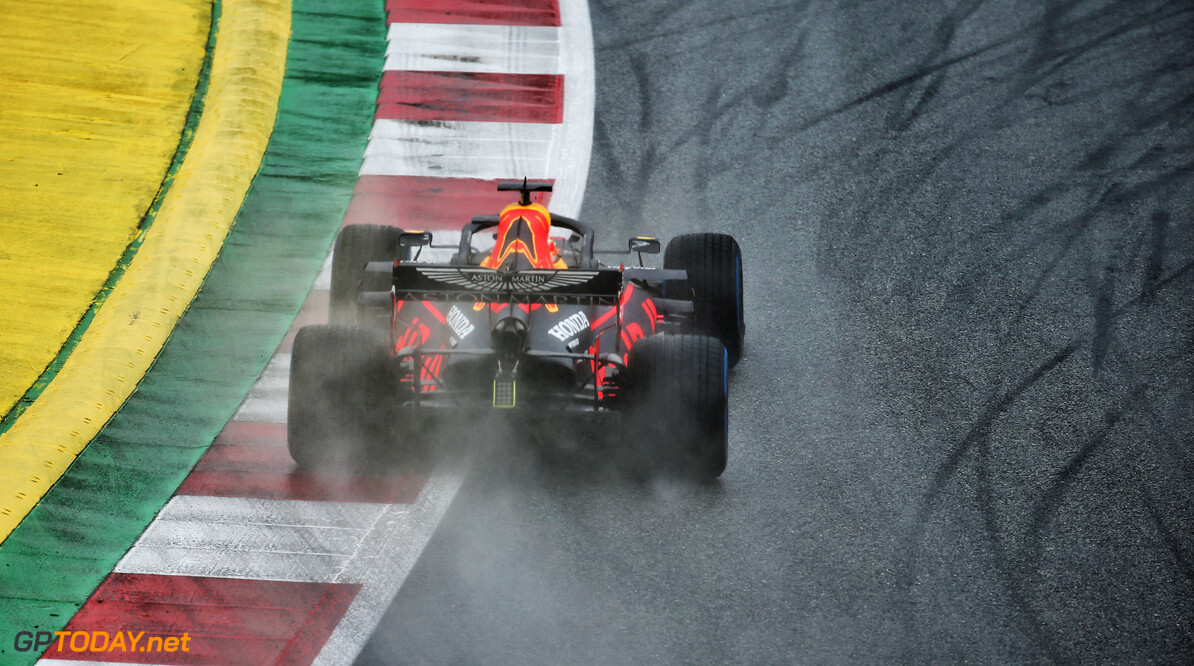 Max Verstappen does not believe his spin at the end of Q3 cost him a shot of pole position for the Styrian Grand Prix, admitting he doesn't think he was fast enough to beat Lewis Hamilton beforehand.

Hamilton stormed to pole position by over 1.2 seconds, with Verstappen securing the second spot on the grid - the same place he lined up at the Red Bull Ring two weeks ago.

The Dutchman says his car seemed to struggle more as the rain got heavier compared to other teams, which made his prospects in Q3 all the more tricky.

While some drivers, including Verstappen, were improving on their last laps, the 22-year-old ran wide on the exit of Turn 9 after passing Sebastian Vettel and ruined his lap by half-spinning.

Speaking after the session, Verstappen said: “Overall it was a good qualifying but in Q3 it was raining a lot more.

“It seemed like we were struggling a bit more in the really wet conditions. So I was just aquaplaning a lot more and I couldn't really put the power done and combine corners.

“It was not easy, I tried to be a bit close to the guy ahead and stay in his tracks to have a little bit less water. But anyway, P2 is still good.

“It's very tricky out there, the last lap would have been better, I don't think it was enough to beat Lewis but overall it was quite good.”

Verstappen added that the visibility was poor throughout and that he struggled to see his braking points even when he was six seconds behind the cars in front.

“Visibility was horrible. First of all, from the tyres, you can't see a thing. Even if you're six seconds beyond, it's already very hard to see the braking zones. So it's not very enjoyable out there, but it's the same for everyone.

“So we'll have to deal with that. In the dry we can have a good shot at it and see how it's going to go. I think the car in general is better than last week so I'm looking forward to that.”