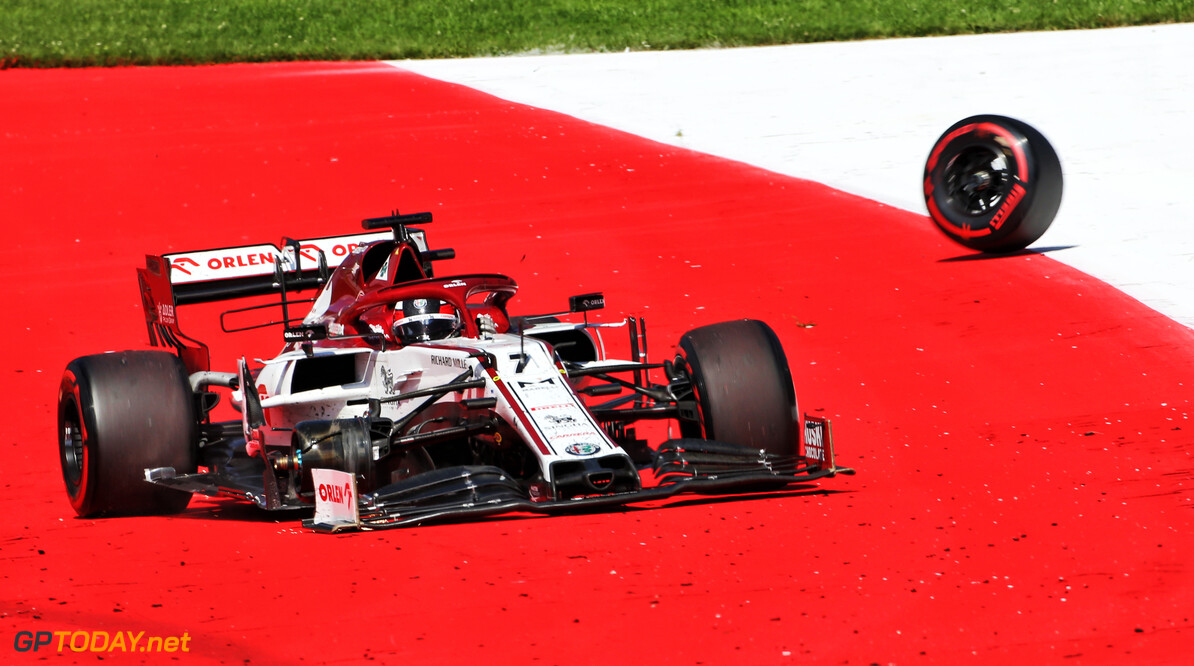 The Hinwil-based squad opted to bring Raikkonen in for a stop under the second safety car that was deployed following George Russell's retirement from the race.

Raikkonen had a fresh set of soft tyres attached to his car, but when he put his foot down on the restart the wheel started to dislodge from the car before separating completely at the final corner.

The tyre, which then proceeded to bounce at high speed, narrowly missed striking Raikkonen's car, as well as the Ferrari of Sebastian Vettel, who was behind the Finn.

Raikkonen retired from the race on the spot, while the matter was brought to the stewards, who have dished Alfa Romeo a fine of  €5,000.

A statement from the stewards reads: “Having examined photos of the damaged wheel and the axle shaft it is evident that the wheel nut of the RHS front wheel got cross threaded during the wheel change which was not identified by the wheel gun operator.

“As a consequence the right front wheel went off when the car was back in the race. The Stewards accept however that neither the team, nor the driver had the opportunity to realise that the car was in unsafe condition and therefore did not stop the car.

“Taking into account these circumstances a fine of € 5,000 is appropriate.”

While Raikkonen retired, his teammate Antonio Giovinazzi managed to bring home two points for Alfa Romeo by crossing the line in ninth place.