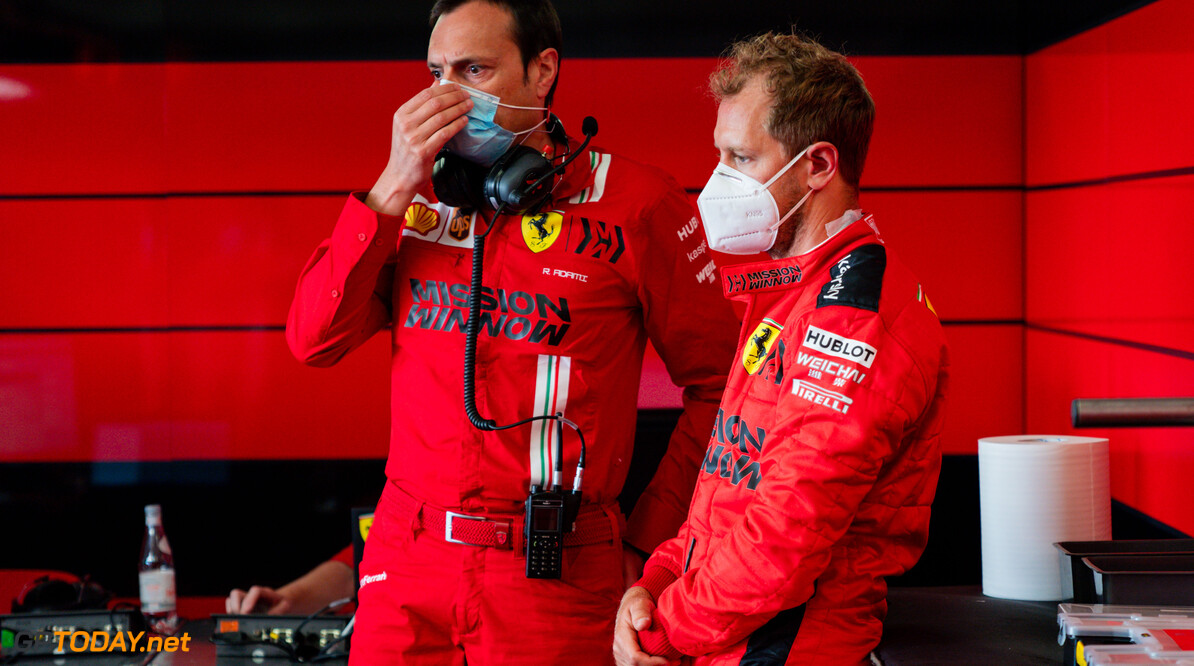 Sebastian Vettel admits he was surprised to learn he would not continue with Ferrari beyond the 2020 season, affirming he wasn't offered a new contract.

Earlier this year, the Scuderia outfit made the announcement which was soon followed by the news that Carlos Sainz would take Vettel's place at the team at the end of the upcoming campaign.

Vettel joined Ferrari in 2015 and has amassed 14 race wins, but has failed to secure a world title despite challenging in 2017 and 2018.

Last year, tensions grew within the Italian squad following the arrival of Charles Leclerc, who managed to out-score Vettel across the season and finish ahead in the drivers' standings.

When asked about how the situation surrounding his future with Ferrari unfolded, Vettel said: “It was obviously a surprise to me when I got the call by Mattia when he told me that there was no further intention from the team to continue.

“We never got into any discussions. There was never an offer on the table and therefore there was no sticking point.”

The four-time world champion has been linked with a move to Renault, who has a vacant seat for the 2021 season.

However, Vettel is not in any rush to sort out his future, insisting that he is making sure whatever conclusion he comes to, it is the right one.

“At the moment I'm not really having any [talks],” he said. “Looking forward, obviously I want to make sure I make the right decision for myself and my future.

“I think I have a very competitive nature. I've achieved a lot in the sport and I'm motivated and willing to achieve more. To do so, I think, I need the right package and the right people around me. So that's what I'm looking out for at the moment.

“If the right opportunity should arise, then I think it is quite clear. If that's not the case, then I probably have to look out for something else.”

Vettel rules out sabbatical from F1

However, he ruled out any chance of taking a sabbatical from F1 before returning after spending a year on the sidelines.

“I feel that I have much more to give. If that's not the case and doesn't come together, then, as I said, [it’s] probably time to do something else.

“So I think you have to be aware of the decision that you are making at the time. And that’s why also I’m not rushing into anything and I think now it’s good to get the season on the go but the next weeks and months will probably bring some more clarity.”