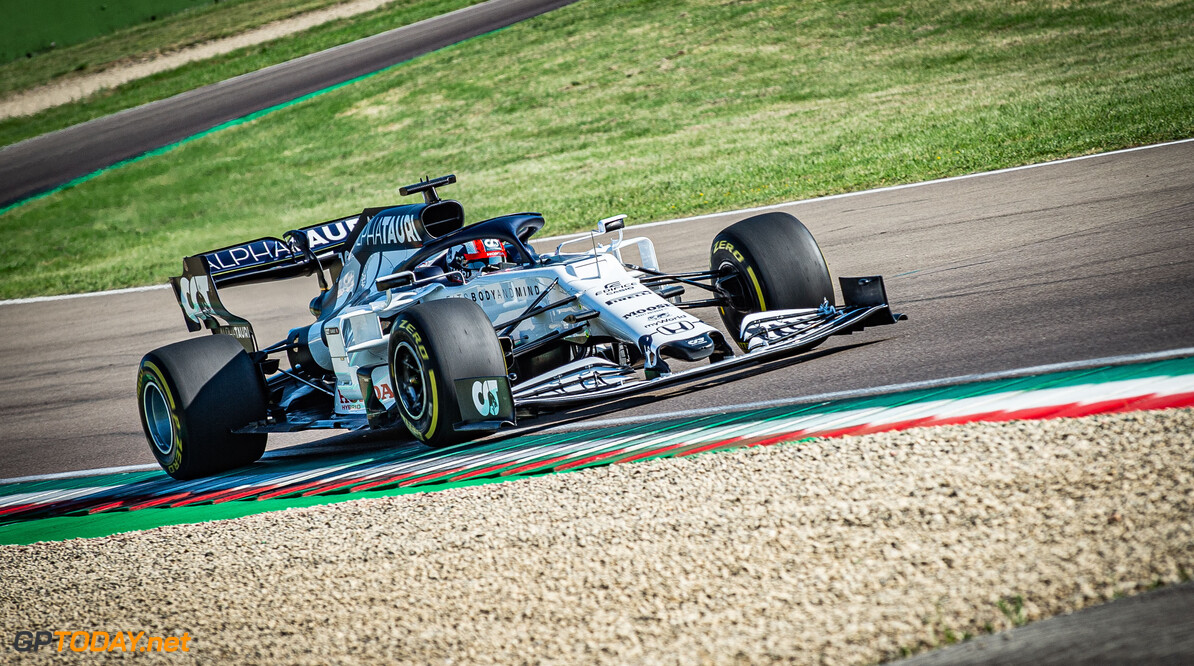 Scuderia AlphaTauri has become the latest team to conduct a private test ahead of the upcoming Austrian Grand Prix, opting to use two cars over the single day.

Both Daniil Kvyat and Pierre Gasly drove over the day, with the team opting to use the 2018 STR13 in the morning, then switching to the current AT01 for the afternoon.

Current regulations do not allow the use of current cars for unrestricted testing purposes, as teams such as Mercedes, Ferrari and Renault all opted to use 2018-spec cars in their recent shakedowns.

Teams are however allowed two promotional days of 100km testing per year with its current car on Pirelli's demonstration tyres, which AlphaTauri opted to use in the afternoon session in order to shake down the AT01 ahead of the first race of the season.

The team also used the test day at Imola to implement new safety protocols for the coming season, including use of face masks and social distancing.

Imola has been recently linked as a potential race this year to help F1 increase the number of races in its revised 2020 calendar, but nothing has yet been confirmed. If Imola is to host a round of the championship, it would be the circuit's first time doing so since 2006.

The Wednesday test marked the first time on track for both Kvyat and Gasly since pre-season testing concluded in Barcelona last February.

"I was really happy to be back on track after such a long wait," Gasly said. "I had really missed that feeling you get from driving so it was incredible to be back in the STR13 and the AT01. We had a really smooth day, doing some laps in both cars.

"I woke up this morning feeling excited and happy and I will fall asleep tonight in the same mood. It was also special to drive a Formula 1 car at Imola, which is one of my favourite tracks. I think we are now ready for Austria.‬"

His teammate Daniil Kvyat added: “Imola is a special track and I am very happy for getting back in an F1 car, after this long pause, on this circut. I know it for some time, I did one of the first tests with a single-seater in 2010. The track is really fantastic to drive, with some nice fast corners. I am of the opinion that it should absolutely be on the F1 calendar.”