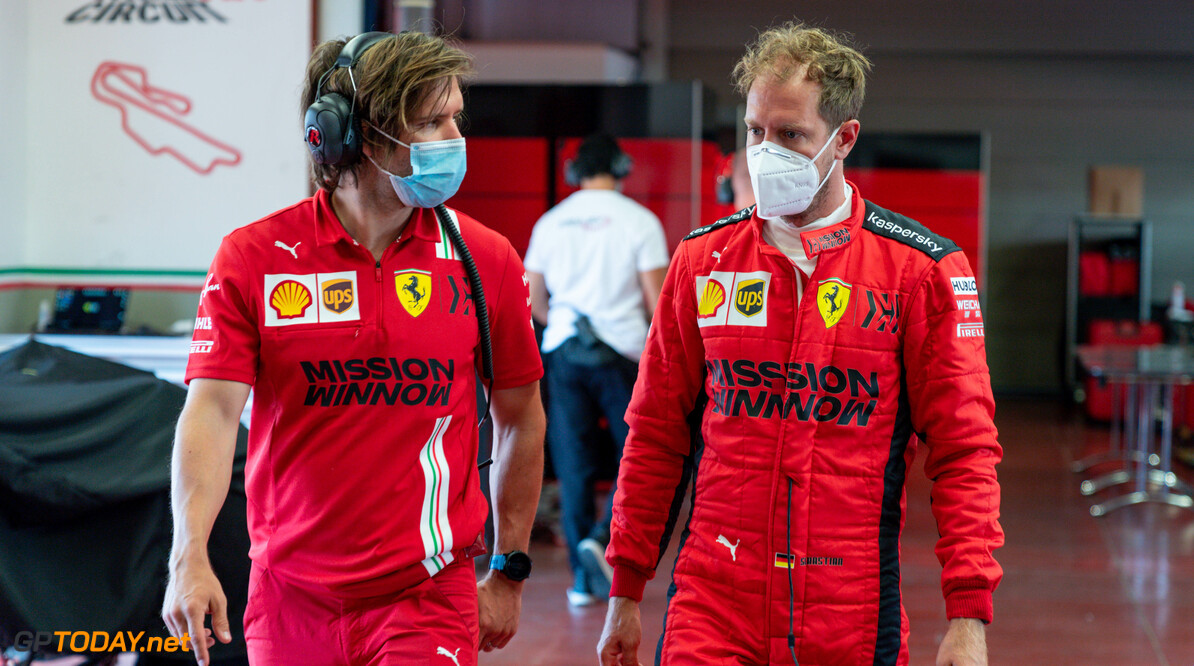 Ferrari has got their post-lockdown 2020 season preparations underway with a test at the Mugello Circuit in Italy.

The Scuderia outfit is the latest team to take part in a test day as they prepare for new restrictions that will be implemented this season amid the ongoing coronavirus pandemic.

It marked the first time that Ferrari took to a race track since pre-season testing in Barcelona earlier this year.

Mercedes, Racing Point and Renault have all completed tests or shakedowns, with Racing Point the only team to use its 2020 car as part of a filming day.

All other teams, including Ferrari, used their 2018. Ferrari's SF71H saw Vettel take five race wins two years ago while it also delivered Kimi Raikkonen his final victory to date.

The livery of the car had the addition of the #WeRaceAsOne message following the announcement of the initiative on Monday.

Vettel drove the car in the morning before his teammate Charles Leclerc, who is taking over driving duties in the afternoon.

2020 will mark Vettel's final season at Ferrari, as it was announced last month that the German would be leaving the Maranello-based squad at the end of the year.