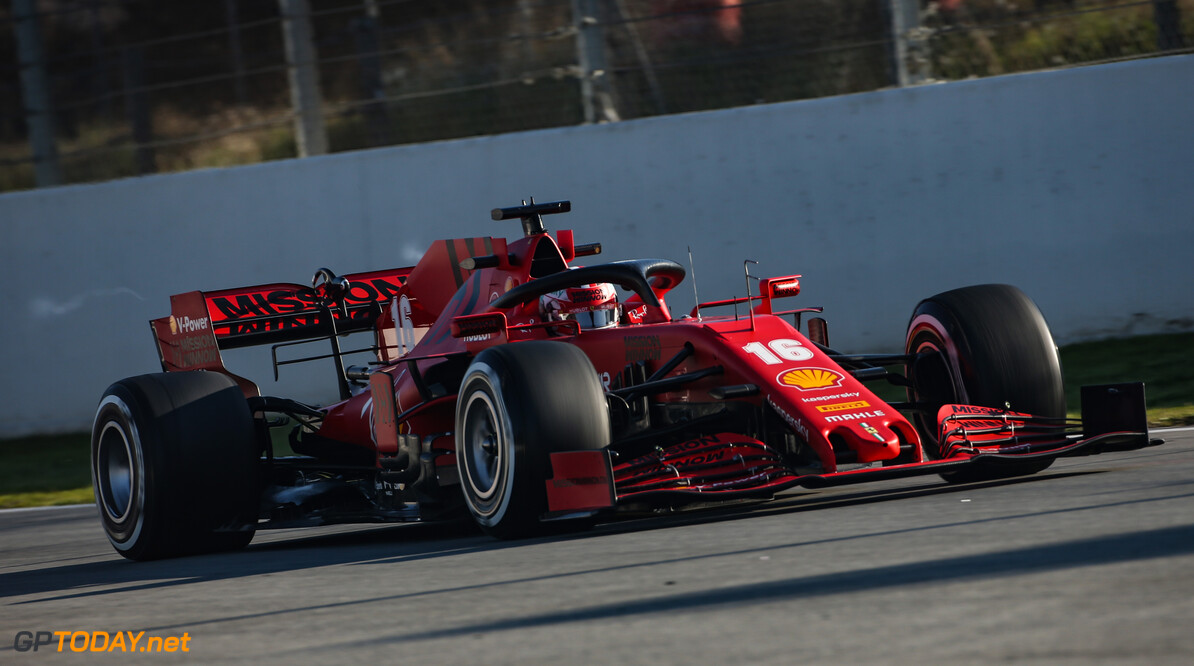 Binotto not expecting 'hard moments' between Leclerc and Sainz at Ferrari

Ferrari team principal Mattia Binotto says he does not expect any “hard moments” to arise between Charles Leclerc and Carlos Sainz at Ferrari next year.

Sainz will replace Sebastian Vettel at the Italian squad and join the team alongside Leclerc, who signed a multi-year extension at Ferrari at the end of the 2019 campaign.

Last year was Leclerc's first at Ferrari, and he managed to secure two race wins on his way to fourth place in the drivers' championship.

Ferrari's season was filled with high-tension moments between Leclerc and Vettel, which came to a boiling point at the Brazilian Grand Prix when the pair collided towards the end of the race, sending both into retirement.

MORE Ferrari set for private test ahead of Austrian GP

However, Binotto is not expecting to see similar moments of difficulty when Sainz steps in next year.

“He [Leclerc] thinks he [Sainz] is a very fast driver and he is happy because he understands our project,” Binotto told Marca. “I don't think there will be hard moments between the two.

“Everything will go smoothly. And, if there is one, it is my job, but you have to be positive. Charles is getting stronger and the more time passes the more he understands the importance of being part of Ferrari.

“What happened in Brazil was bad luck and they are things that can happen in races.”

Binotto denied that Sainz will slip into a number two role at the team and support Leclerc - only the on-track results will decide who Ferrari should back later in a world championship season should it need to.

MORE: Sainz: I didn't sign at Ferrari to be number two driver

"The first thing is to have two good drivers. Team spirit is what is important, and making sure that Ferrari comes first,” he stated. “I think it will be the track itself that dictates who is first and who is second.

“It has always been this way even in the time of Michael Schumacher, who started every year at the same level as his teammate, but by the third race it was clear who was number one."