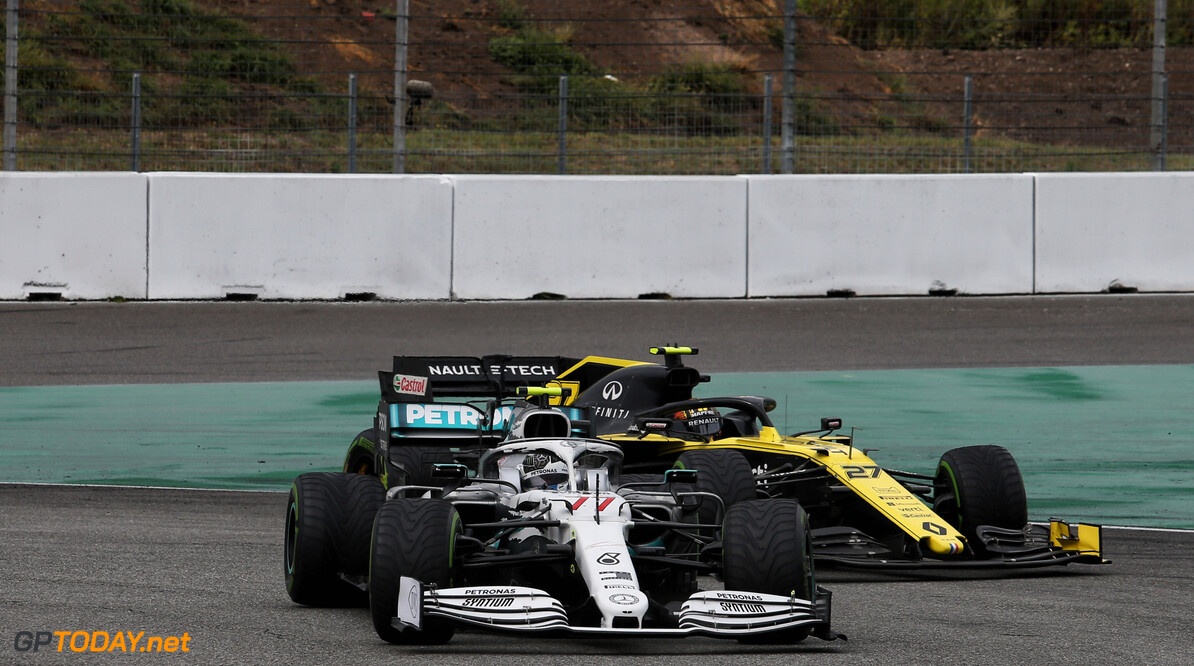 Valtteri Bottas' management team has initiated contact with Renault over its vacant seat for 2021, according to a German report.

Daniel Ricciardo will leave the Enstone squad at the end of the 2020 season to join McLaren, leaving a spot open at one of the leading Formula 1 midfield teams.

Mercedes is yet to announce who will drive for it for 2021, however it is expected that six-time world champion Lewis Hamilton will remain for another stint.

The biggest question mark appears to be over who will fill out the second seat at the Silver Arrows, with Sebastian Vettel being labelled as a contender following his departure from Ferrari.

While Mercedes boss Toto Wolff admitted that the prospect of having Vettel at the team is “interesting”, he says the four-time champion is not on top of his 2021 wish list.

George Russell, who made his F1 debut last year, is a Mercedes junior driver and has been linked with a promotion to the championship-winning squad.

Mercedes has brought three of its junior drivers (Pascal Wehrlein, Esteban Ocon and Russell) into F1, however none have received a race contract with the senior team.

While Bottas is also in the running for a fifth season with Mercedes, Motorsport-Total reports that his management has been in contact with Renault over the seat that is being left behind by Ricciardo.

Fernando Alonso has also been heavily rumoured to be in the running for the seat at Renault, which would mark his third comeback to the team.

MORE: Column: An open seat at Renault - what's in it for Alonso?

Bottas entered F1 in 2013 with Williams before moving to Mercedes in 2017, where he has since picked up seven grand prix wins.

Since joining Mercedes, he has been retained on single year contracts and has assisted the team in winning three constructors' championships.