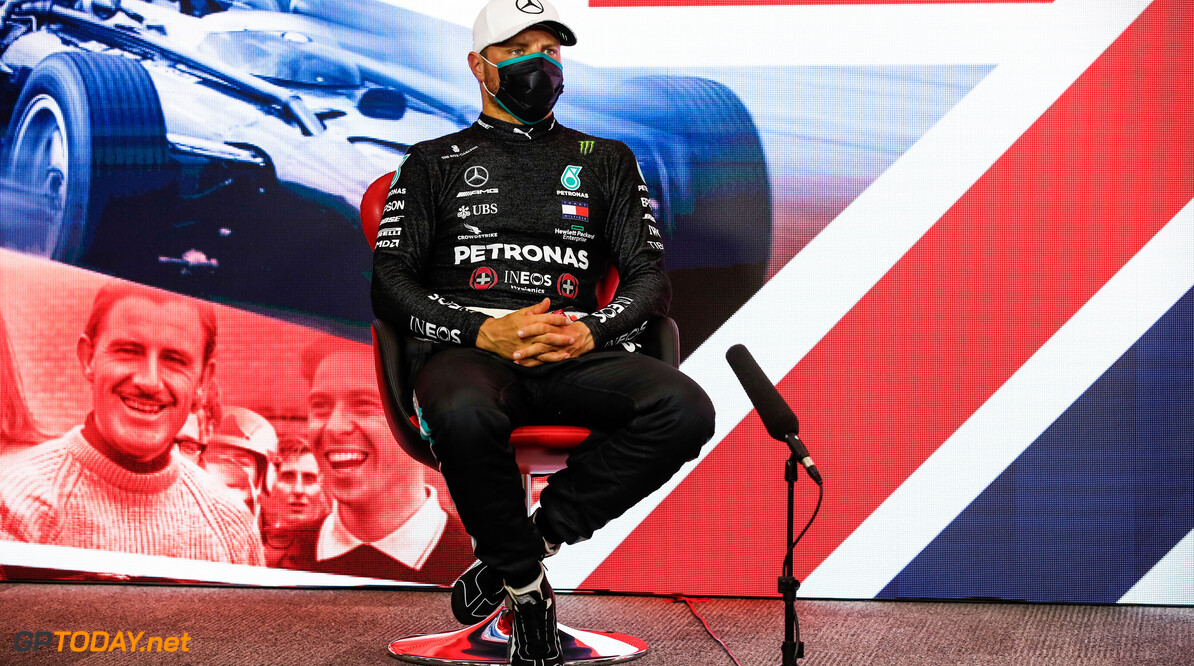 A disappointed Valtteri Bottas has said he believes his team were 'sleeping' this afternoon after the Finn lost out to Red Bull's Max Verstappen despite starting on pole position.

Bottas led away from the start from teammate Hamilton, as Verstappen, on the harder tyre, jumped Racing Point's Nico Hulkenberg for third.

Both Mercedes struggled only a handful of laps into the race as the medium compound tyres on both cars began to blister. An early stop for both cars did not help matters as the hard compound tyres again started to blister ten laps after their pitstops.

Bottas briefly regained the lead from Verstappen when the Red Bull pitted, but he was no match for the Dutch driver on fresh tyres, and Verstappen would remain unchallenged to take Red Bull's first victory at Silverstone since 2012.

Bottas would then drop to third after teammate Lewis Hamilton went long into his second stint, allowing him a late pit to hard tyres that allowed him to pass both Charles Leclerc and Bottas to take the runner-up spot.

Speaking to Martin Brundle after the race, a dejected Bottas was convinced a win was there for himself and the team and said that his team was 'sleeping' during the race to allow Verstappen to take the victory.

"Obviously starting from pole and finishing third is not ideal," Bottas said.

"As a team, we were sleeping at some point. I don't know where Max got ahead of us and my strategy was quite far from ideal. Lots to learn from today I think.

"There was a chance to keep up with Max, but as soon as I pushed towards the end, my tyres just fell apart. Lots of blistering in the tyres for us and it seems that Red Bull had an edge over us."