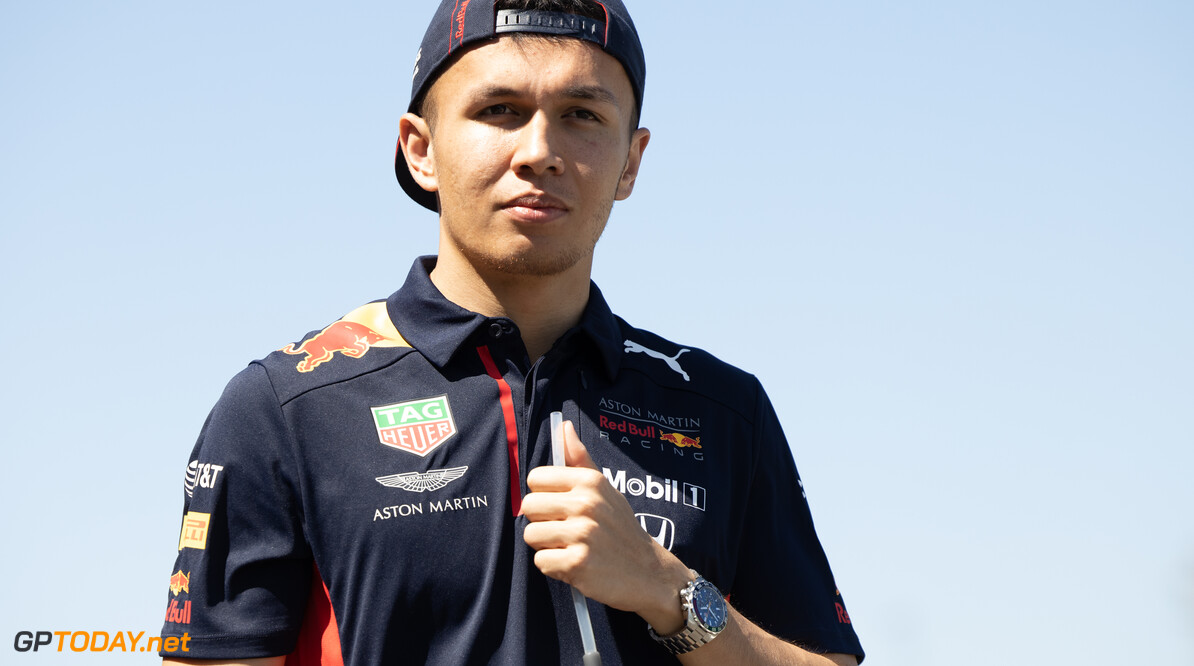 Alexander Albon has won the fourth instalment of Formula 1's Virtual Grand Prix series following a monumental battle between himself and Charles Leclerc.

Albon shot to the lead from fourth on the grid after pole-sitter Stoffel Vandoorne half-spun off the line, impeding George Russell who started alongside him.

Leclerc followed Albon in second place and managed to overtake him for the lead of the race on lap 3.

However, it would be the first of many overtakes for the lead between the two, as they worked together during the opening stint to pull out a gap to the cars behind.

At Turn 1 on every lap up to lap 13, the pair swapped positions at the head of the field, steadily edging out the gap to Russell in third place.

Leclerc pitted on lap 13 for hard tyres, while Albon stayed out on his worn soft compound. However, when he emerged from the pits four laps later on mediums, he was tucked up right behind Leclerc and the two resumed their battle for the lead.

However, the courtesy moves were finished as they contested for the win, with a series of overtakes coming in the second half of the race.

Leclerc's hopes of a third consecutive virtual victory were dashed when he obtained a three-second time penalty for exceeding track limits.

Although they continued to battle, Leclerc couldn't break free from Albon and had to settle for third place, as his penalty promoted Russell to second, after he managed to close down the gap amid the battle for the lead.

After making his mistake from pole, Vandoorne crossed the line in fourth place in front of his Mercedes teammate Esteban Gutierrez.

Christian Lundgaard and Enzo Fittipaldi were involved in a tussle for much of the race, however it was the Dane who triumphed over the Ferrari academy driver.

Louis Deletraz was eighth ahead of Nicholas Latifi, who was involved in a mid-race collision with Antonio Giovinazzi.

Lando Norris rounded out the top ten and suffered more issues when it comes to virtual racing, as he was unable to take part in qualifying.