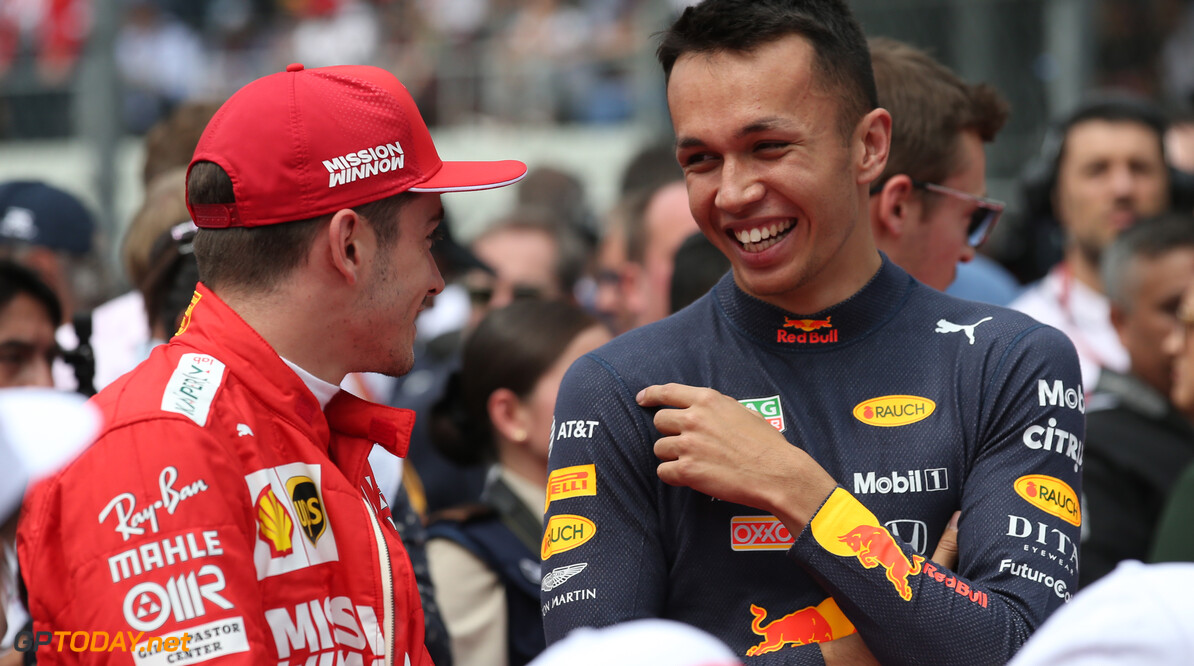 Charles Leclerc has won his second consecutive Virtual Grand Prix after holding off Red Bull's Alexander Albon throughout the race.

Leclerc took pole position at the Shanghai International Circuit by setting a lap time of 1:29.607, which was just under two-tenths faster than George Russell, who was second.

However, the Williams driver received a five-place grid penalty during the session, meaning Albon was promoted to the front row for the start of the race.

Leclerc and Albon pulled away from their rivals, while behind, Nicholas Latifi and Carlos Sainz were involved in separate incidents which saw them lose time to the field.

Lando Norris failed to start the session as he ran into issues prior to the start of the event, meaning he couldn't take part.

Albon pitted on lap five for the hard compound and managed to perform the undercut on Leclerc, putting him into the net lead.

However, Leclerc, equipped with fresher tyres, was able to retake the lead and gradually ease out an advantage to cross the line three seconds ahead of the Thai-British driver.

For the final spot on the podium, Stoffel Vandoorne and Guanyu Zhou were involved in a battle in the final third of the event. While Vandoorne crossed the line in front of Zhou, a penalty demoted him to fifth, placing Zhou and George Russell in third and fourth respectively.

Latifi and Sainz recovered from their early race troubles and took the final points on offer, crossing the line in ninth and tenth.

Leclerc took the race win two weeks ago around the Albert Park Circuit, while Zhou won the inaugural race in Bahrain.

The next Virtual GP, representing the Netherlands, is set to take place in two weeks. However the track that will host the race is not yet certain, as Zandvoort is not on the 2019 F1 game.