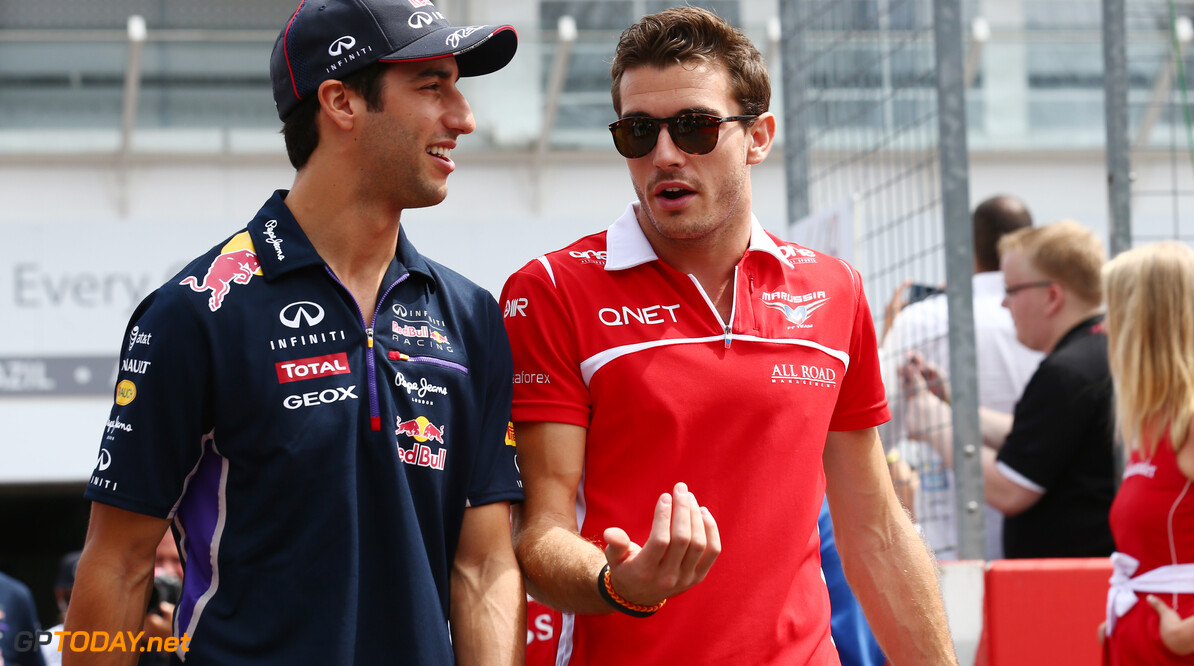 Daniel Ricciardo is confident that Jules Bianchi would be enjoying the same success as Charles Leclerc currently is at Ferrari if not for his fatal accident at Japan in 2014,

Bianchi had close ties with Ferrari, with former chairman Luca Di Montezemolo confirming after his death that the team was lining him up for a seat at the team in the future.

However, the Frenchman never regained consciousness after crashing at the Japanese Grand Prix under six years ago, and passed away nine months after the accident.

His godson Leclerc, who was guided by Bianchi throughout his junior years, now competes for the Scuderia team, winning two races with it in 2019, along with eight further podiums and seven pole positions.

Ricciardo says that if Bianchi was still alive, he is sure that he would be enjoying similar success to what Leclerc is currently experiencing.

“It wasn't like Jules was underrated, but we never got to see him in a top car, so maybe people didn't appreciate how good he was going to be," Ricciardo said in an online shared diary post.

"You think of his drive in that Marussia in Monaco in 2014, the team's first points. Monaco is like Macau in that there's no way to fluke a result there. It was absolutely on merit.

“As a junior in karting, Jules was the guy. We met training at Formula Medicine in Viareggio in Italy and everyone, even at that age when we were all 17, everyone treated him like he was an F1 driver already.

"It's another part of what makes his story so sad, because he would have been in a top team and a race winner by now for sure. In some ways, I feel Charles is doing now what Jules would have been doing.

"It's like Charles is the delayed version of what Jules would have done with the success he's having."