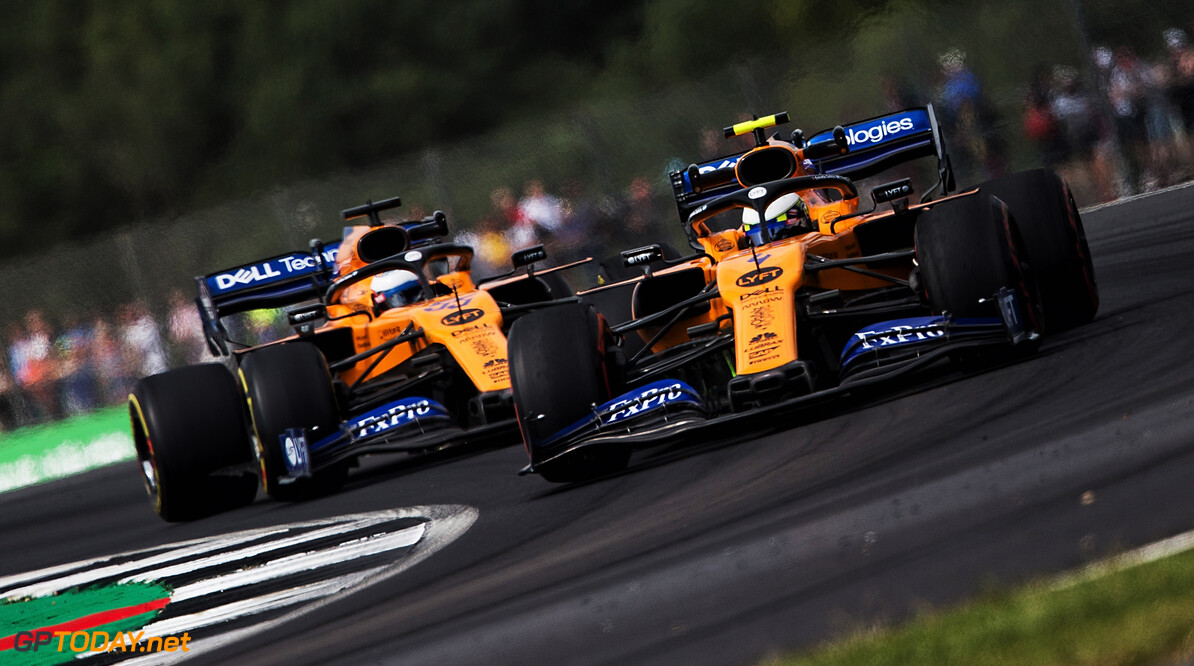 Norris: Reversed Silverstone race would be 'tricky and different'

McLaren's Lando Norris has hailed the possible idea of holding a race on a reversed layout of the Silverstone Circuit but believed that it could become a more difficult circuit to drive in the opposite direction.

Possibilities of having a race in the opposite direction surfaced last week when Silverstone boss Stuart Pringle told Sky Sports F1 that the circuit was up to holding multiple rounds of the season and that 'nothing's off the table' in regards to any revised or reversed layouts.

The McLaren driver told Autosport: "So you're going to Becketts, Maggotts in reverse. But it looks tricky and different.

"I don't know what and how it would play into the racing and stuff because you have quite a few high-speed corners, which lead on to the straights, rather than slow-speed corners. So it might be a bit tricky to overtake or it may be easy - I'm not too sure. But it would be cool.

"I think it's more the fact of having hopefully some more British Grands Prix, maybe get more races at home - it's better for all of us within McLaren and of course myself to have more home races in a way."

'Not possible to run every circuit in reverse'

Despite rumours that Silverstone is looking at a possible Grand Prix on a reverse layout of its circuit, Norris affirms that it would not be possible for every circuit to run a race in reverse.

Norris cited safety concerns and the fact that most circuits are only designed to race in one direction but he is confident that Silverstone would have the facility to hold a Grand Prix on a reversed layout.

"I don't you can run all of them in reverse," Norris commented.

"Some are designed in terms of safety to running one way and you'll have a long straight which leads into a tight hairpin which won't have any runoff because it's just not designed to go that way.

"But when we think about Silverstone, in a way - I don't know if there will be some things that need to change - but everything kind of goes together a bit more, and it has the runoff and the space kind of available to be able to do it.

"So, yeah, I think then it's possible and for some other tracks, they'll be impossible.”