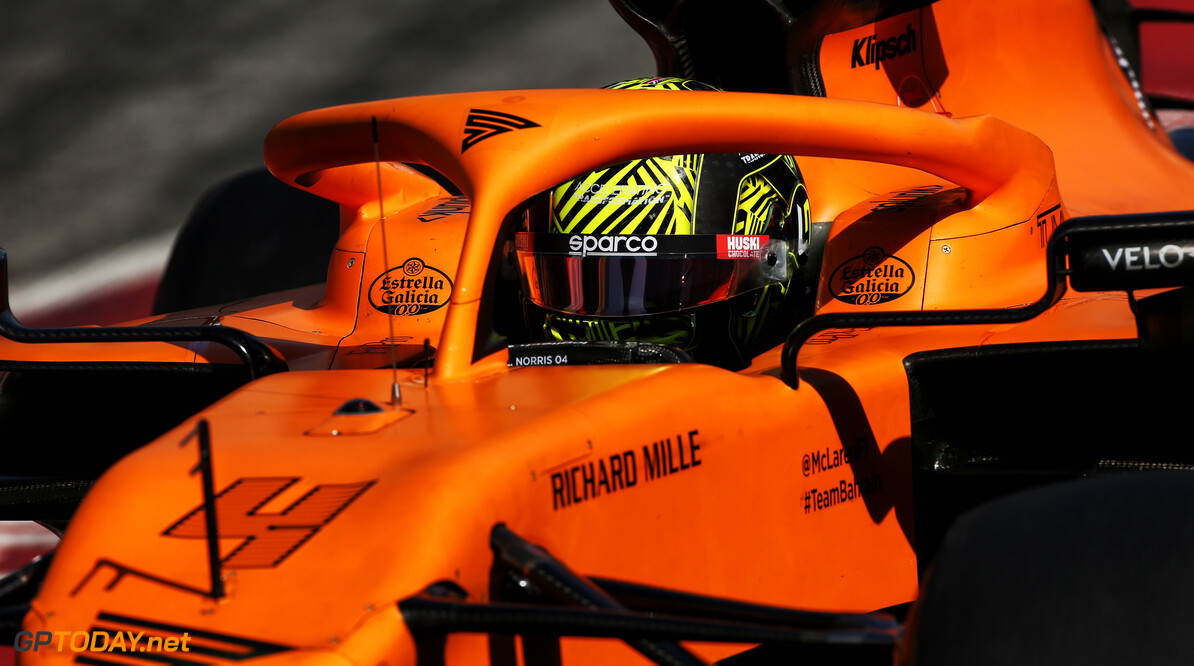 Norris: MCL35 improvements 'depends what you compare it to'

McLaren's Lando Norris has noted that he has felt improvements with the team's 2020 car, the MCL35, but believes that the improvements are hard to compare to the other teams.

Norris was initially happy that the car as a whole had been improved from last season but admitted that the team still has some work to do before Melbourne.

He also stated that it was very hard to compare the progress to the other teams and that there are some areas he wished were worked on more. He also said the car is still far away from being able to challenge the top three teams.

"It depends on it's compared to. I'm happy with areas and how it's improved in last years in some areas," Norris said. "In some areas, it has not moved on as much as I would have liked but areas it's not good at compared to Mercedes, the fastest, it's everywhere.

"I don't think there's anywhere where we are just as good or as competitive as Mercedes, so if I want to be that harsh I can say it's not good enough in any area but in terms of the progress made, which is not easy in Formula 1, I am happy."

Difficult day with windy conditions but progress made

Despite the windy conditions challenging teams throughout Thursday's test session, Norris explained that the team were still able to make progress with the car.

Norris was reluctant to name what specific parts of the car had improved from last year but did acknowledge that the car felt better over both long runs and qualifying run simulations.

"Of course, I am not going to say what areas but more in terms of consistency of the car from one lap to another when the wind is not terrible," Norris added.

"You can push on the car on long runs the car has been just nicer to drive. It's less on edge or as peaky and it's a bit more stable and consistent.

"It's all pushing when you are on the limit and it's going up and you're on that limit the car is still rubbing and sliding and moving around and all, but the main thing is and the easy way to say it is just more consistent and nicer to drive."