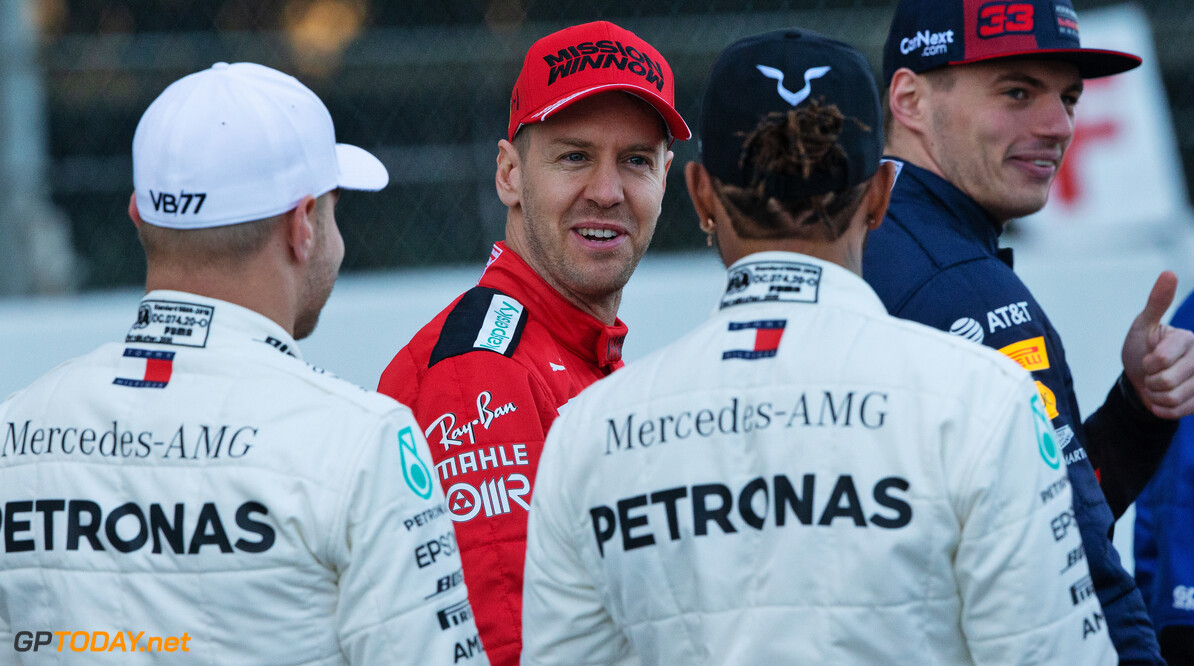 Sebastian Vettel has praised the access of onboard cameras at pre-season testing following the revelation of Mercedes' DAS system on Thursday.

The system was introduced into this year's pre-season test by the current champions, as Lewis Hamilton was quickly spotted through the camera feed during the morning's session, pushing and pulling the steering wheel as he lapped the circuit.

When asked about the safety of a moving steering wheel inside the cockpit, Vettel referred to the controversial 'F-Duct' concept, which was introduced by McLaren in 2010 as being a similar concept and that he believed the moving wheel would be no more dangerous to use.

Vettel said how drivers used to use only one hand in order to activate the F-Duct but stated that he believed Mercedes' DAS system looked difficult to use.

Although many teams copied the F-Duct design throughout the 2010 season, the FIA quickly took action and banned the concept from the 2011 season onwards.

"As I said I could imagine it feels weird but if it's faster and then you go for the faster option," Vettel said. "We had the F Duct many years ago about ten, twelve or eleven years ago.

"We drove around with one hand for most of the track. It wasn't safe but it was faster and you do what you're pushed to do but that's why we have the FIA to look after us and make sure things make sense and we have our hands on the wheel."

Vettel noted the importance of the onboard cameras, being used in testing as F1 broadcasts all six days of testing live for the first time and said that it was thanks to the camera that the new system was so quickly noticed by everyone.

"I just found out just before lunch that we had a look at some onboards," Vettel said. "Obviously we are lucky that we have the onboards here otherwise maybe we wouldn't spot it.

"I haven't had much of a chat yet or thought about our car and our stuff so I don't know. I guess it was not easy to do because these things are never easy but I guess it's not easy to operate it.

"I think it's weird to all of a sudden have the feeling of the wheel in your hands but I don't know."