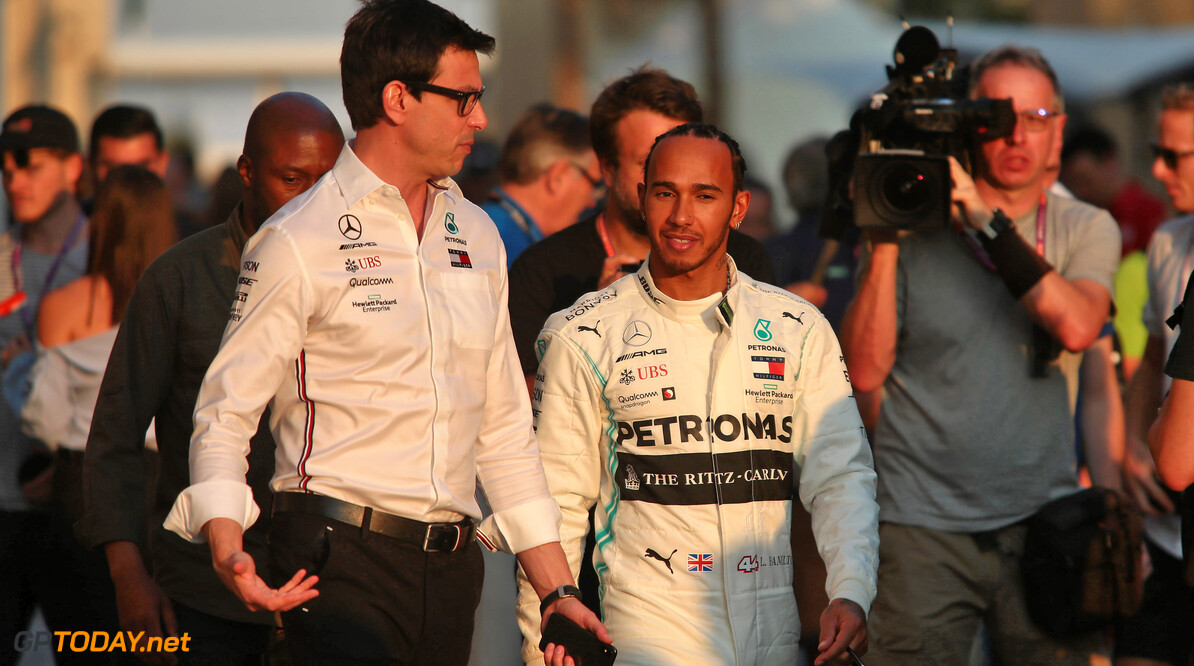 Mercedes team boss Toto Wolff insists that he has not yet entered negotiations with Lewis Hamilton over a contract renewal.

Hamilton's current deal with the Silver Arrows expires at the end of the 2020 season, leading to rumours that he could be set for a change to Ferrari.

The six-time world champion recently took to social media to state that both himself and Mercedes "have not even spoken about a contract yet. Nothing is being negotiated currently."

Wolff backed up Hamilton's comment, asserting that they agreed to only talk about a future deal once the season gets back underway.

"The last time we met was at the Christmas party," Wolff told Auto Motor und Sport. "We chatted a bit about the future but since then we have only talked on Whatsapp. When you are so busy for ten months, it is important to take a break.

"That's why we decided to leave ourselves alone in December and January. When it all starts again in February, we will sit down and discuss it."

'Hamilton's stay at Mercedes a question of financials'

It has been suggested that Hamilton is seeking to sign a financially record-breaking deal at Mercedes, with early rumours suggesting a two-year contract valued at $50m per year.

Red Bull team principal Christian Horner spoke out about the difficulty of signing large figure deals due to the strained load the auto industry is under at the moment.

In November of 2019, Daimler, who owns Mercedes-Benz, announced that it would be cutting at least 10,000 jobs worldwide.

"The logical conclusion would be that Lewis will remain with Mercedes if they can agree terms," Horner said.

"Mercedes will be keen to keep him but it is a question of the financials. The automotive sector is under pressure at the moment and when redundancies are being made, it is difficult to justify record-breaking salaries."

However, should Mercedes find itself in the situation of losing Hamilton, Wolff says that his team will be prepared to fit a worthy replacement.

"A driver at his level always has options," Wolff said. "The same goes for us. As long as we build a fast car, we will always be in a situation where we can choose our drivers.