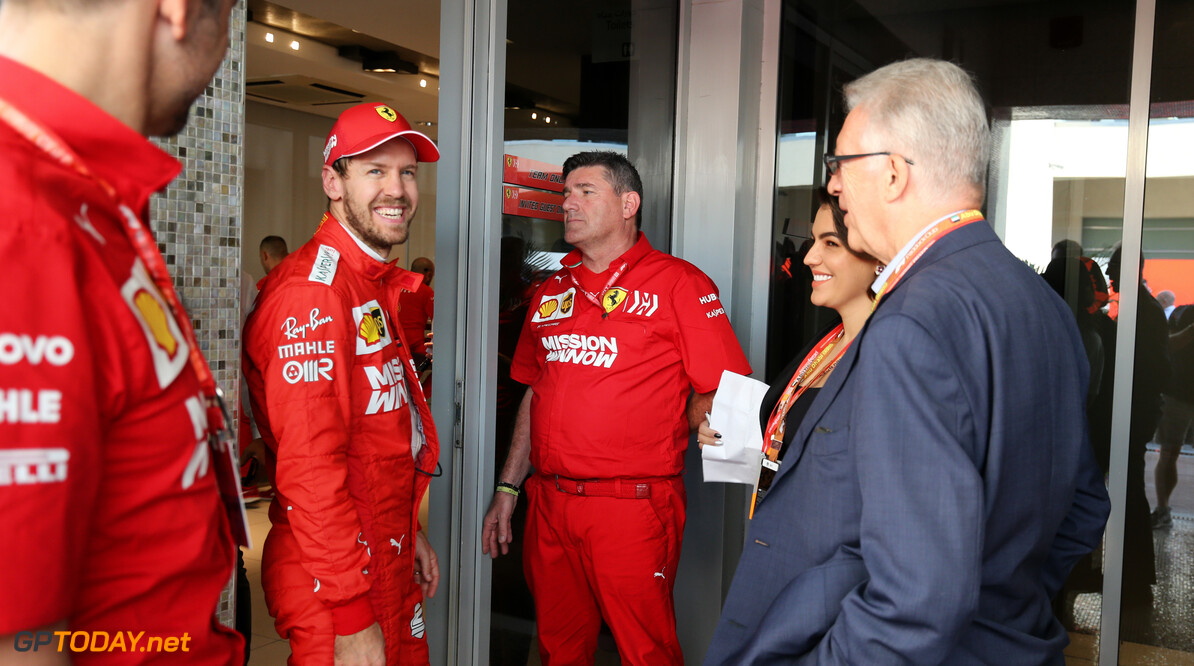 Vettel has 2020 seat fit at Maranello

With pre-season testing just around the corner, F1 teams are busy in their preparations for the six-day event, which will allow them to get organised ahead of the 2020 season.

Ferrari has confirmed that Sebastian Vettel recently visited the Maranello factory to complete his seat fit for the new car.

Both parties will be hoping for more success this year compared to 2019. Ferrari, who looked strong at testing in Barcelona, failed to win a race during the opening half of the season.

Vettel took just a single race win throughout the year and ended the campaign behind teammate Charles Leclerc in the drivers' championship.

Ahead of a new season, Vettel met with senior officials and his engineers in Maranello to complete his seat fit for 2020.

Earlier this week, Ferrari provided audio of its new car being started up, with no name yet officially being attached to the challenger.

The Italian squad is set to be the first team to unveil its 2020 car, as it has arranged a launch date for Tuesday, February 11th, in Reggio Emilia, Italy.