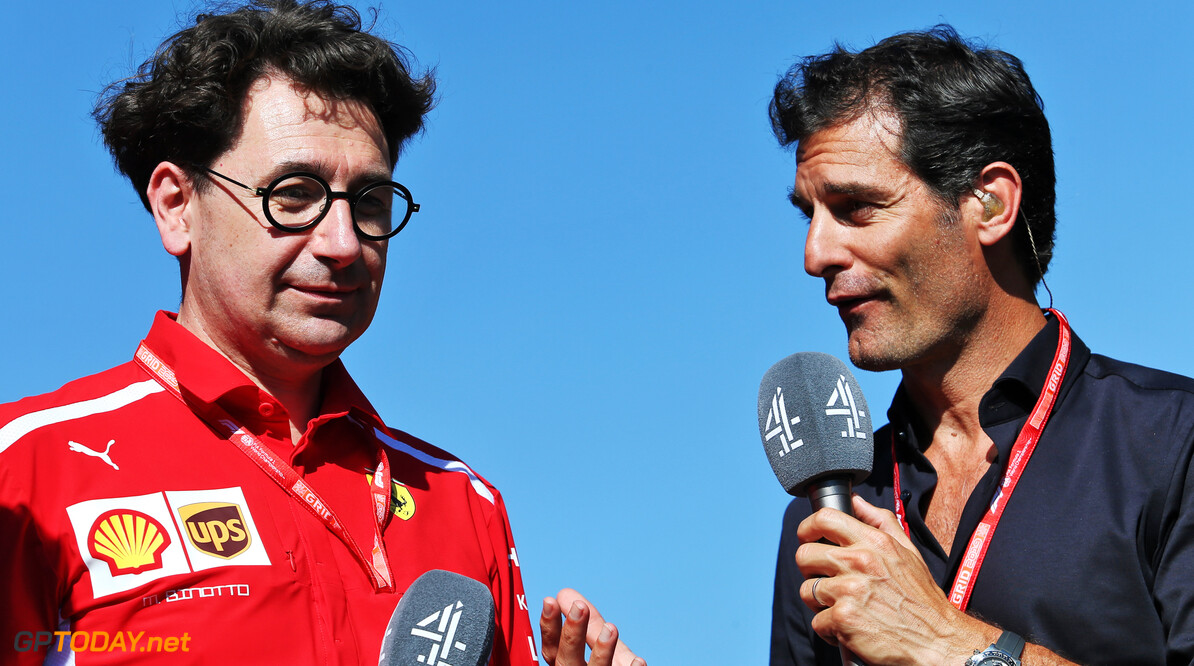 Mark Webber believes that Ferrari can end its drought of world titles in 2020 and take home the constructors' championship this year.

However, the Australian believes that the drivers' championship will go the way of Mercedes' Lewis Hamilton, who has won five titles in the last six years.

Ferrari has endured a difficult handful of years and has not taken an F1 title since 2008 when it came out on top in the constructors' standings.

In 2019, it won just three races and finished up in second place, 235 points down on champions Mercedes.

But Webber is expecting 2020 to be a better year for the Scuderia outfit, who will run with Sebastian Vettel and Charles Leclerc once more.

"For the constructors' championship, Ferrari may look good, although I think Lewis will still show his superiority in the driver classification over a whole season.

"We don't even have to talk about Verstappen anymore. He is now an established name and is on fire!

"I look forward to seeing Hamilton match Michael Schumacher's seven world titles by 2020 while having to deal with Leclerc and Verstappen."