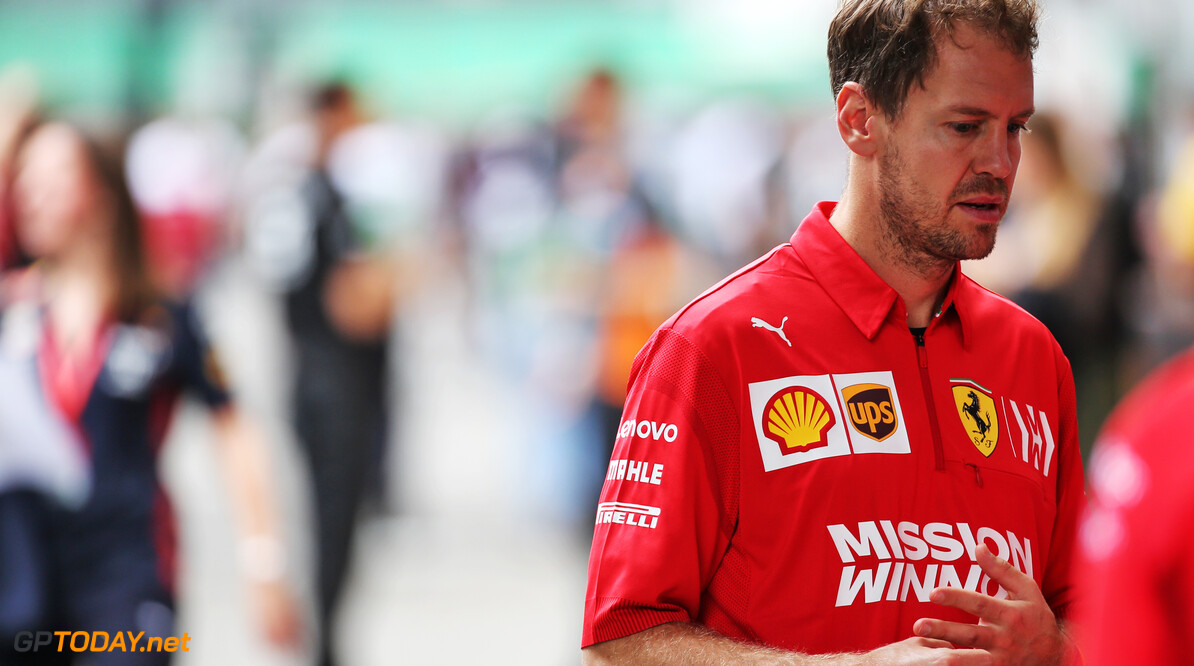 Sebastian Vettel believes Formula 1 is facing an "incredible challenge" as it aims to become a carbon-neutral sport by 2030.

In November of 2019, F1 announced its plans to eliminate the carbon footprint that exists in the sport, including the logistics, which makes up the majority of F1's carbon output.

MORE: Mick Schumacher 'very grateful' for advice from Vettel in 2019 | Leclerc hoping for title fight against Vettel in 2020

Vettel states that it's "about time" that F1 has set plans in place, and is encouraged that there are leaders who are willing to do so.

"I think it's a great message and it's about time," Vettel said. "It's good to see that people that can make decisions and make a change are thinking of making a change.

"I think it's an ambitious target. Additionally, I would like to see a lot of the goals that are set out to be achieved sooner because I think that it is a must in our times and we can't afford to wait."

Vettel denied that F1 should be hiding from the current climate issues just because a core part of the sport is the use of the combustion engine.

"It's definitely going in the right direction," Vettel affirmed. "We don't need to be hiding, obviously, the sport that we love is called motorsport because we have an engine in our car.

"So it comes with things that people jump on and like to criticise and say it's all a fraud. But we should not try to highlight the things people are not doing or should do differently.

"We should focus on what we actually can do differently and make a change. This is for every individual but also for us as a sport."

Vettel thinks that the great challenge for F1 is to heighten and enrich the show for fans at home, all the while ensuring that the sport is sustainable.

"So the challenge is quite clear, to improve our sport, enhance the show, grow passion based on the values that we share for such a long time but make them sustainable," Vettel said.

"I think that is an incredible challenge but it's about time. If I had a magic wand I would do something else with it. But if I had to apply it to racing and F1, then for us the key thing is to have closer racing."