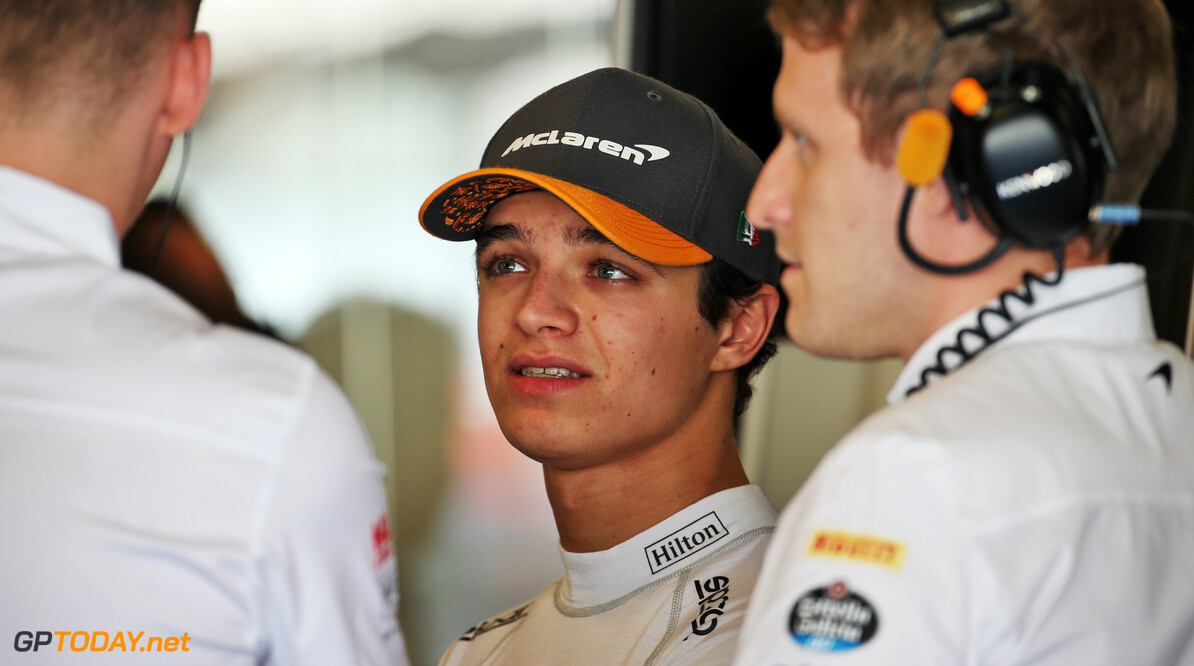 McLaren's Lando Norris has opened up on a possibility of spending 2019 as a test driver for the team but believes that it would have not changed how he felt during his rookie season.

Norris endured a successful rookie season in 2019, managing to finish eleventh in the championship with 49 points, helping McLaren to its best finish in recent years in fourth position.

Norris spoke of how he believes that testing is good for learning the car and how to set up the car properly, but cannot prepare for the pressures of qualifying and race sessions.

"I think even if I had done another year of testing it would have been the same," Norris said. "Just going into the things you can't prepare for necessarily, like the pressure of qualifying.

"There's so many you can practice going into pre-season testing or whatever but it still all changes when you are in the moment of doing qualifying or doing the race."

Being as quick as Alonso gave Norris confidence

Norris said that he gained confidence from being able to match the testing times of former McLaren drivers Fernando Alonso and Stoffel Vandoorne, giving him a boost of confidence in the progress.

He noticed however after his first race in Melbourne that it wasn't enough to prepare him for the intensity of a race weekend and that it was fundamental that he didn't allow the confidence to let him think he would the best in a race weekend.

"It's all very different to just testing. Sometimes I was fast in testing. Just as quick as Fernando or Stoffel and it gave me a bit of confidence but it didn't mean anything.

"It didn't mean going into Australia that I would nail qualifying or nail the race. It would be different so that's why another year of testing wouldn't change anything."