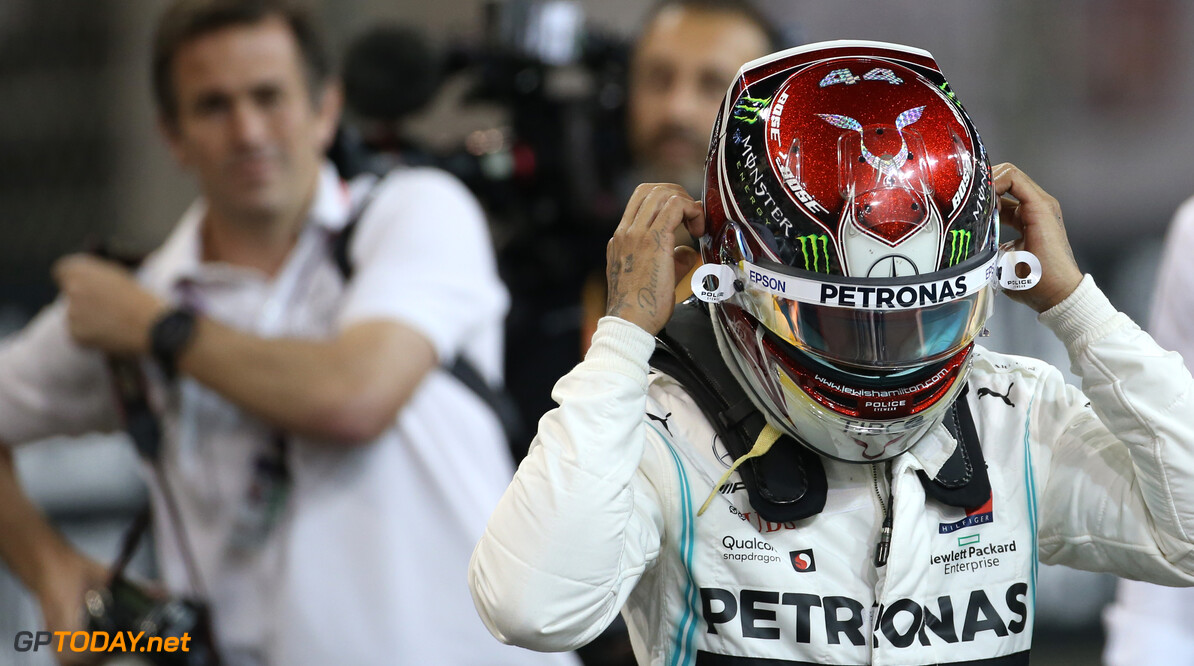 Lewis Hamilton says he is hoping to leave behind a "positive" legacy in Formula 1 following his retirement from the sport.

Hamilton clinched his sixth world drivers' title in 2019, moving one place behind Michael Schumacher on the all-time tally.

The Briton is contracted to Mercedes until the end of the 2020 campaign, with his future currently up in the air amid rumours that he could switch to Ferrari.

Hamilton has dominated the turbo-hybrid era, winning 51% of all F1 grands prix since the start of 2014, which was his second season with the Silver Arrows.

Despite wanting to leave behind a positive legacy going forward, the 34-year-old admits that he is not focusing so much on the future.

"I don't put much energy towards it or much thought process towards it," Hamilton confirmed. "I think naturally the things that I am doing will lead to some sort of legacy.

"I'm trying to make sure that it's a positive one, but again I'm not putting a huge amount of thought on it."

'Important to enjoy the present moment'

Hamilton added that it is "important" to enjoy the current moment, noting that his time off away from the circuit over the winter is something significant for him.

"I don't know what age you would say you have a legacy," Hamilton pondered. "I'm just trying to make sure that I enjoy these moments, and at the end of the season, I'm looking forward to sitting up with my feet beside the fireplace with my niece and nephew jumping around me, thinking what an incredible year it has been.

"I think it's really important to enjoy that. I hope it's a good legacy but you don't know how each person's life is going to be.

"So I can't get caught up in what is too far ahead. All I can do is focus on now and shaping the following moments and short years ahead of me."