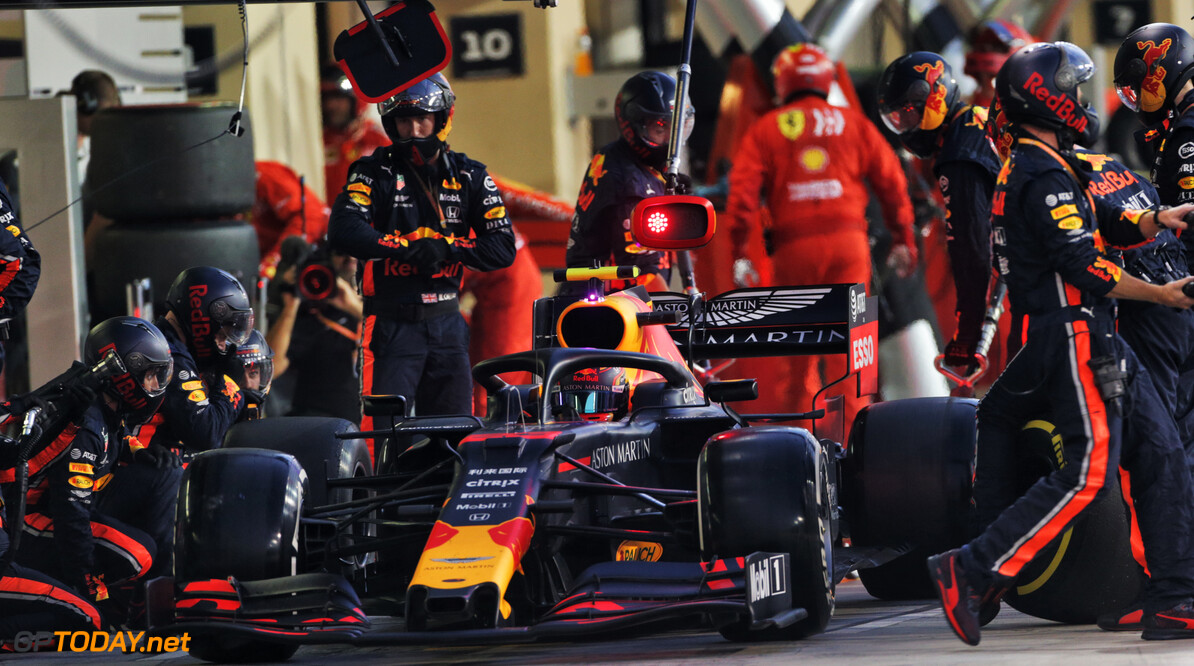 Alexander Albon says his race in Abu Dhabi was compromised by Red Bull's determination to finish ahead of Sebastian Vettel.

On lap 12, Vettel pitted ahead of Albon for fresh tyres, however Red Bull opted to keep Albon out for another lap in the hope that Vettel lost time in the traffic.

However, this didn't work and Albon emerged behind Vettel - despite a slow stop for Vettel, as Ferrari double-stacked both of its cars.

Albon committed to a one-stop race while Vettel pitted for a second time for the medium compound, which allowed him to close up onto Albon and overtake him on the penultimate lap of the race.

"I think I need to have a look at it but from what I understood from driving, we were trying to get Seb on the overcut and we didn't," Albon said of the first pit stop phase.

"I think Seb got past the cars quicker than we expected so, we pretty much compromised the rest of our race trying to get Seb and we stayed out because the tyres weren't actually too bad.

"Pitting that early and doing such a long stint with those tyres wasn't easy and we came out in traffic so we spent ten laps behind."

Albon admits frustration with the balance of his car through some of the corners, which he hopes to work on when he tests on Wednesday at the circuit.

"The tyres were very good before I made the stop so it felt like a waste of tyres," he said. "Seb pitted in front, I think we were struggling in that middle stint and then came back at me in the end, so a bit frustrating to be honest.

"I think it's just these 90-degree corners, like in Sochi we struggled a bit with the setup of the car. We have got some testing to do on Tuesday so we will work on that and see if we can get a better idea going into next year."