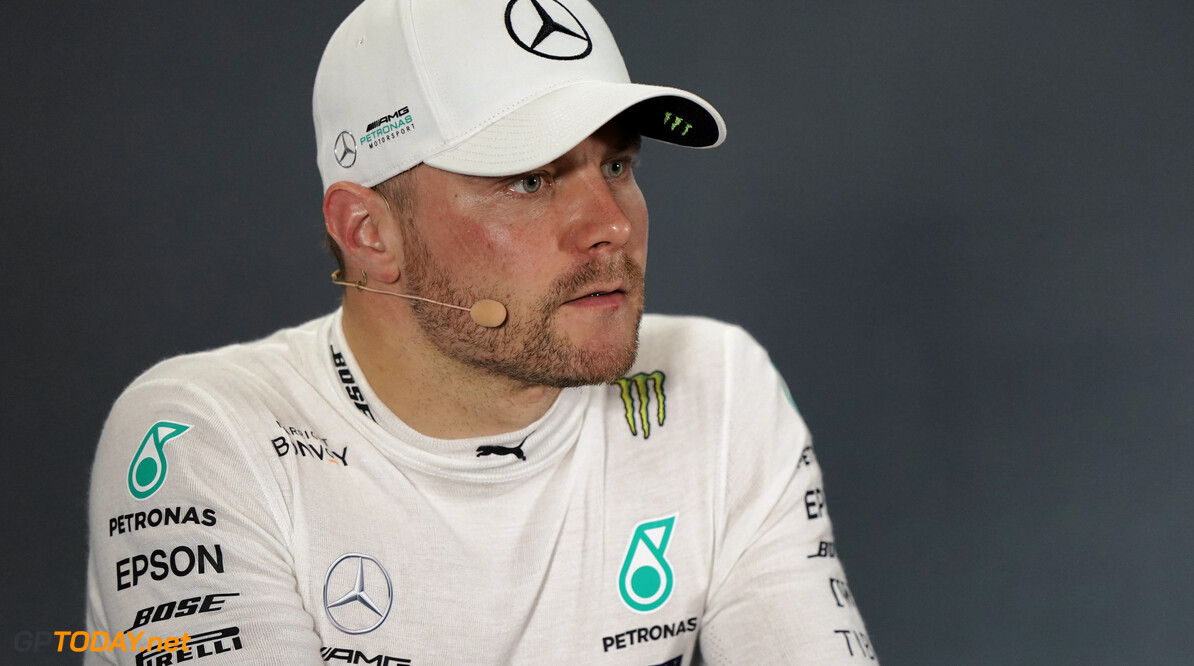 Bottas: Everything is possible for the race outcome

Valtteri Bottas states that there is no point of setting a limit on where he could potentially finish the Abu Dhabi Grand Prix on Sunday, starting from the back of the grid.

The Finn took on new engine components ahead of the weekend following his mechanical failure in Brazil, which saw him receive a back-of-the-grid penalty for the start of the grand prix.

Mercedes uncovered a leak overnight on his car and opted to fit another fresh power unit, further cementing his position firmly at the rear of the field.

Nonetheless, the Finn took part in qualifying and managed to set the second fastest time in Q2, behind teammate Lewis Hamilton who took his fifth pole position of the season.

"The last lap was okay, I still feel like Lewis was a bit too quick," Bottas said of his session. "We were a bit different on set-up as well by the end of qualifying.

"I felt a bit more comfortable yesterday with the car overall and obviously for me, I was trying to keep everything in my mind on the race because in any case, I knew I'm going to be starting last.

"I tried as hard as I could, in Q2 I did just one run to save a new tyre set for the race. But Lewis did a very good job. 88th [pole] is a very big number, so massive respect for that.

Bottas pointed out that there have been some "crazy races" this season, with Carlos Sainz driving from 20th to 3rd two weeks ago in Brazil.

The 30-year-old is not setting any targets for his race outcome, as he believes everything is still to play for on Sunday.

"Everything is always possible, there's no point trying to set any limit for tomorrow. So we'll have a good fighting spirit, take every opportunity.

"There will be some tomorrow, and we've seen crazy races this year, looking back at two weeks in Brazil. So I look forward to coming up, taking those opportunities and having fun in the car.

"We've tried to make a plan, the whole weekend trying to optimise for the race because like I said, the qualifying result doesn't really matter for me today."