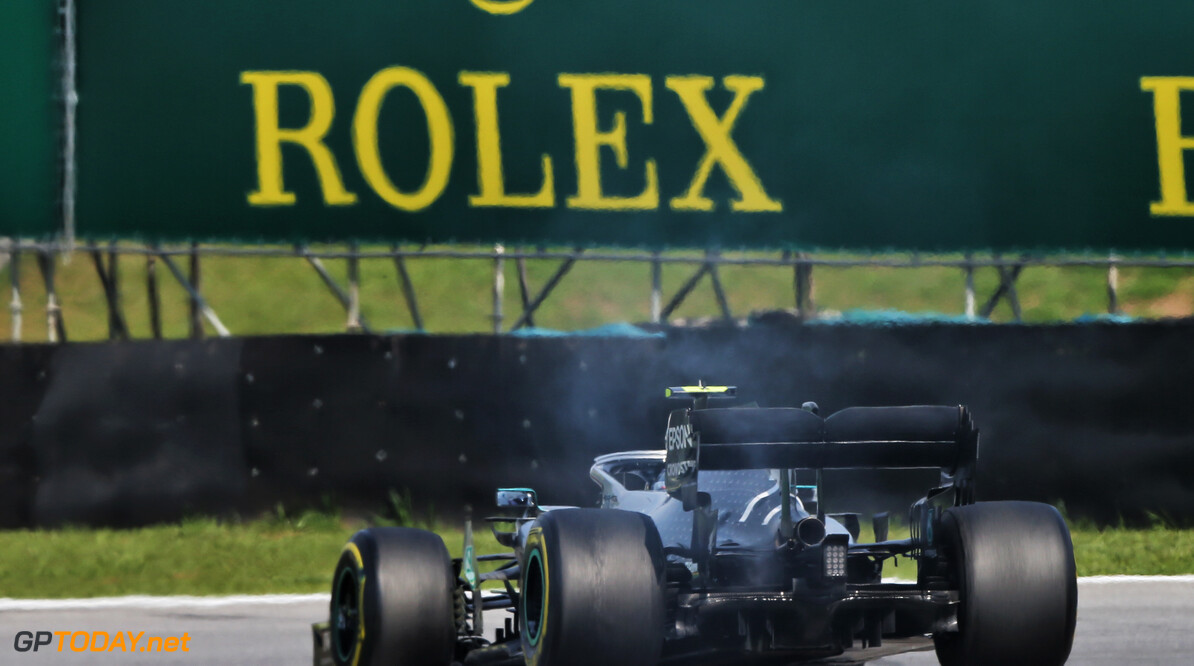 Valtteri Bottas says he couldn't feel any loss of power before retiring from the Brazilian Grand on Sunday.

While chasing the Red Bull of Alexander Albon, smoking started to emit from the rear of Bottas' car - however the Finn says he couldn't spot it until the team reported it.

Bottas pulled over to the side of the road and retired from the race, which would set off a chain of events that led to a frantic finale to the race.

The Mercedes driver pitted on lap 26, after his rivals had stopped, to fit the hard tyres. However, he stopped a second time, just a handful of laps for the soft compound.

"So I was dropping further away than what was ideal. We stopped to cover Albon I think, and from my side I was confused and I questioned the stop but, there is still a question mark as to if I could have made it to the end.

"In theory not, it was a bit tricky with the medium tyre and the engine failure which is still to be confirmed. I didn't actually see the smoke, it was reported to me but I couldn't feel any loss of power, the engine just shut off."

There is also a danger that Bottas will be forced to take a grid penalty for the season finale in Abu Dhabi due to the wear on all of his engines used so far this year.

"I think they didn't move the car and it was kind of stuck so I think that caused the safety car. It's still to be confirmed, I doubt I have any miles on my previous engine left but I will see, if I have to take a penalty in Abu Dhabi I will."