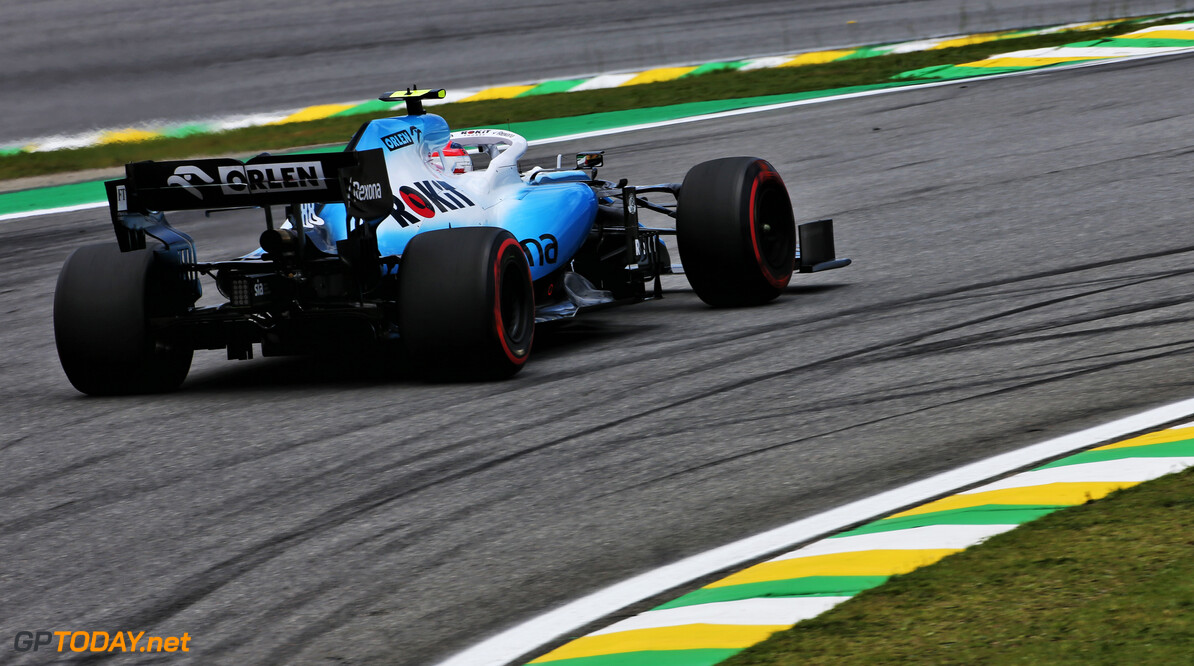 Kubica 'can only apologise' after close call with Verstappen

Robert Kubica says he can only apologise after almost collecting Max Verstappen when exiting his pit box during the Brazilian Grand Prix on Sunday.

Verstappen pitted from the lead of the race one lap after Lewis Hamilton made his first stop of the day, with the Red Bull driver looking to keep his advantage and avoid being undercut.

As he approached the end of the pit lane, Kubica, who was also being serviced, was issued to leave his pit box and rejoin the track.

Verstappen was forced to turn towards the wall and brake to avoid making contact with Kubica, and found himself behind Hamilton when he rejoined the track.

The Pole received a five-second time penalty for the unsafe release, which he labelled as the "correct punishment".

"That is the rule, the punishment was correct since I was released in front of another car," he said. "It's a pity because I know what it's like when you're in the lead and such things shouldn't happen, especially when we're [Williams] only fighting with each ourselves.

"I can only apologize, I couldn't do anything. I had no idea he was coming."

Kubica was also hit with two penalty points, the first that he has picked up this season.