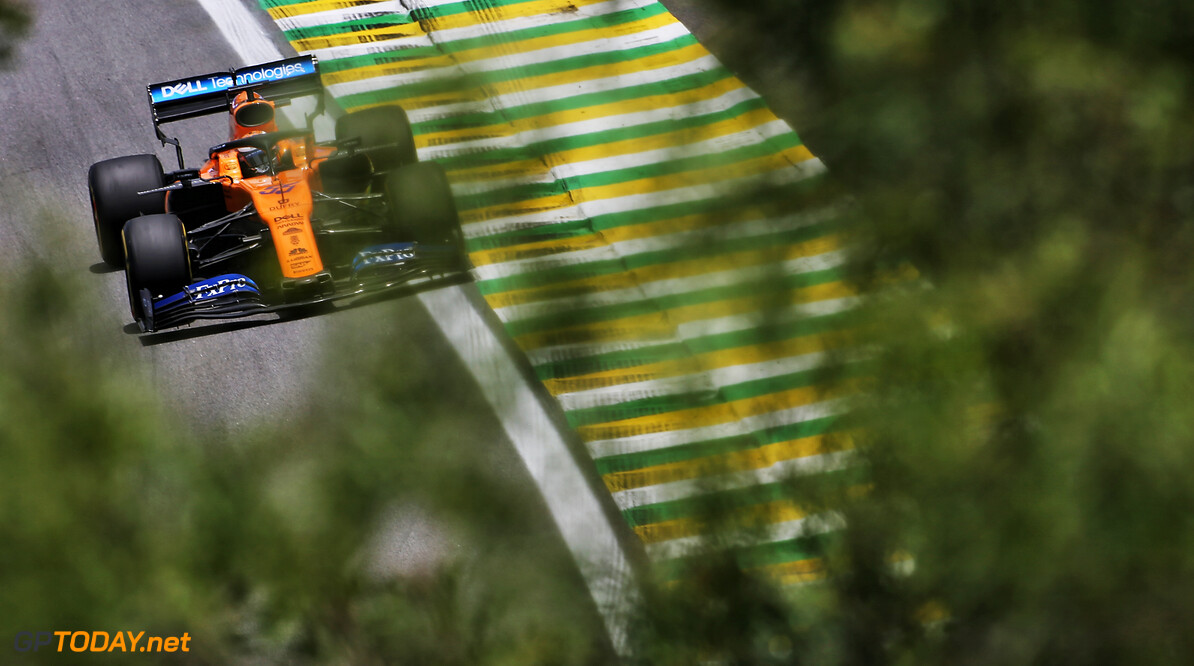 Sainz takes on new power unit ahead of Brazilian GP

Carlos Sainz has been fitted with a brand new power unit ahead of the Brazilian Grand Prix.

The Spaniard endured a tough qualifying session, as his car was hit with problems in Q1, which meant he couldn't set a lap time and was therefore unable to progress from the opening stage.

As he was set to start from the rear of the field anyway, McLaren has opted to give Sainz a new internal combustion engine turbocharge, MGU-H), (MGU-K), energy store and control electronics for the grand prix.

Speaking after qualifying on Saturday, Sainz said that he would be on "maximum attack" in the race in order to make up positions.

It’s probably a very difficult thing to do but somehow you must always find a way," he added, speaking of attacking while managing the Pirelli tyres.

“We’ve seen some trends this year in some tracks that there are some certain types of corners where we are not very strong and probably this track has many of those types of corners.

“That’s why our relative performance drops depending on track-to-track. It doesn’t mean that we cannot make it back to the points, it just means it will probably be a lot tougher.”