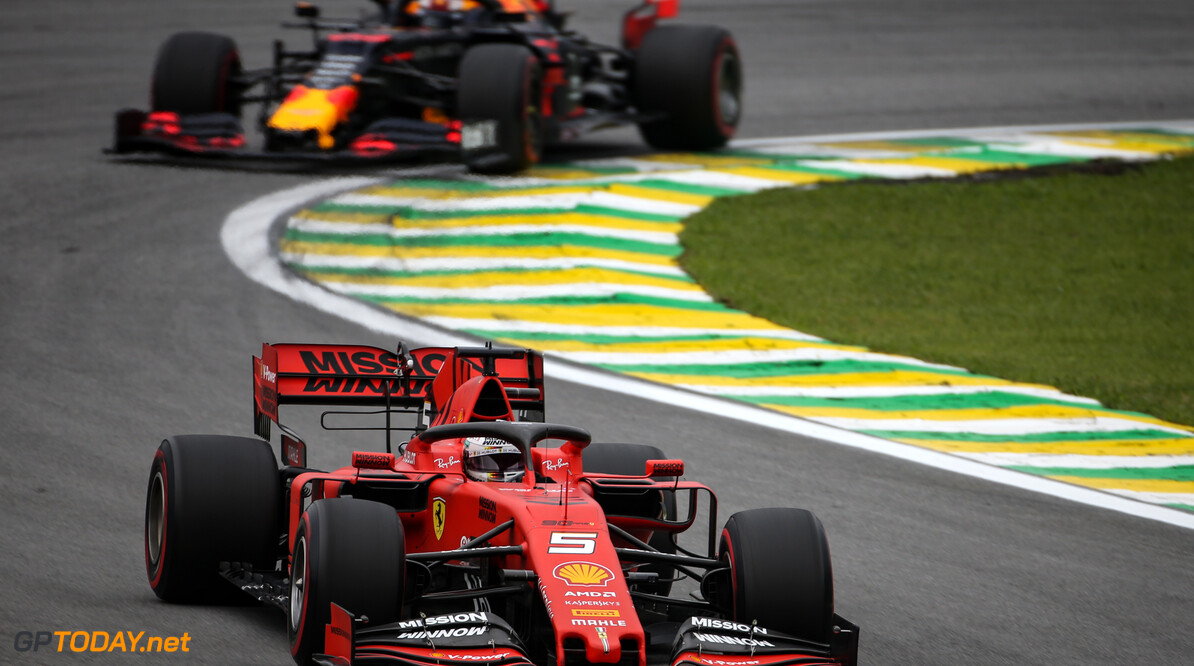 Marko suspects full power for Ferrari on Friday: 'Otherwise everyone thinks they're cheating'

Ahead of both race weekends in the US and Brazil, all teams were delivered with a technical directive from the FIA, with clarifications made to the power unit.

Ferrari set the pace in the second practice session in Sao Paulo on Friday, with Sebastian Vettel leading teammate Charles Leclerc when the chequered flag fell by a narrow margin.

According to data from Auto Motor und Sport, Ferrari held an advantage of seven-tenths of a second over Red Bull and eight-tenths over Mercedes down the Brazil straights on Friday.

Charles Leclerc has been fitted with a new engine for the race weekend, after his previous unit was hit with problems prior to qualifying in Austin two weeks ago.

However, Marko suggests that Ferrari has forced its hand early in order to avoid allegations that it is cheating.

"If I were Ferrari, I would do everything in my power to drive away from the others on the straight," he told Auto Motor und Sport. "Otherwise, everyone believes that they are cheating. It will be interesting to see what it will be like on Saturday."

Last time out at the US Grand Prix, Ferrari's run of pole positions was halted when Valtteri Bottas leapt to the top of the timesheets, taking Mercedes' first pole position since Germany.

The Scuderia outfit also lacked pace in the race, which led to Max Verstappen admitting no surprise over their lack of pace following the FIA's technical directive.

MORE: Verstappen on Ferrari's US pace: 'That's what you get when you stop cheating'

“I think Max’s comments were taken, perhaps, by the time you had translated from Dutch to German to English sometimes they get played with a little," he said.