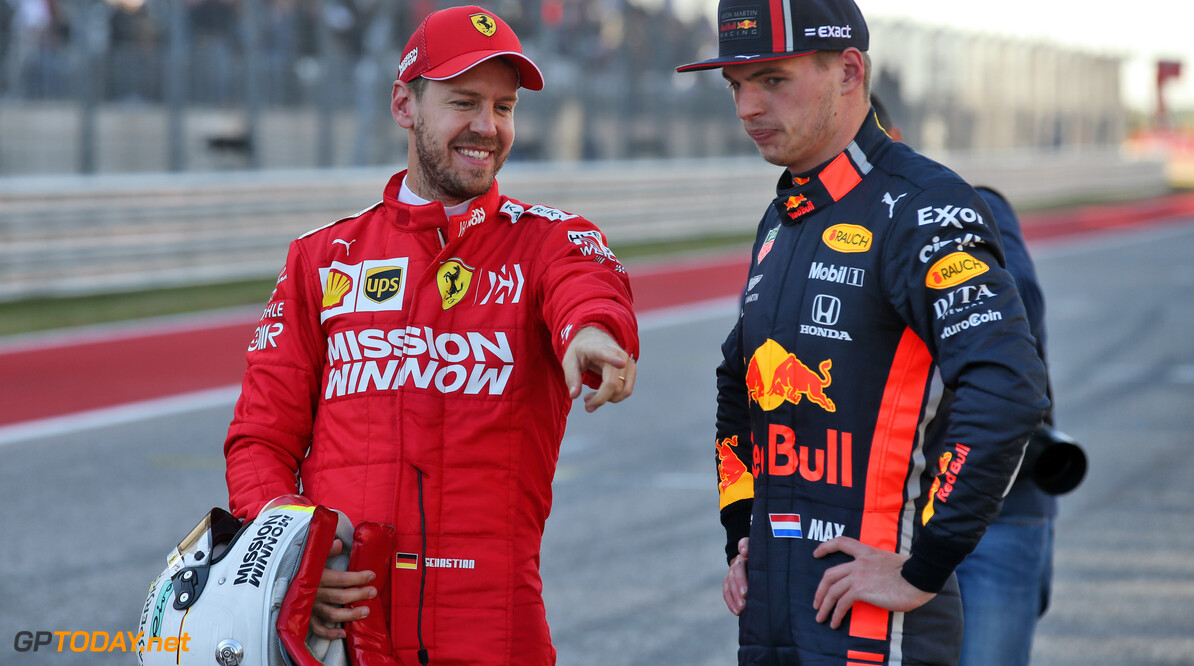 Verstappen on Ferrari's US pace: 'That's what you get when you stop cheating'

Max Verstappen wasn't surprised that Ferrari lacked race pace in Austin, stating that it is "what happens" when the team stops cheating.

After the return following the summer break, Ferrari took six consecutive pole positions and three race wins, while holding an advantage in straight-line speed throughout the entire season.

On the build to up to the US Grand Prix weekend, a technical directive was issued to all the teams after Red Bull brought a question to the FIA regarding a potential fuel system solution, which was deemed to be not legal.

Sebastian Vettel dropped out early with a broken rear suspension in the US, while Charles Leclerc was unable to keep up with the pace of the front runners throughout the race and finished fourth.

Speaking to Ziggo Sport about Ferrari's pace in Austin, Verstappen said: "That's what you get when you have to stop cheating. This has been looked at very carefully, so of course we have to keep an eye on that.

"That's a very sensitive part of course, so I can understand why we had so much oversteer. Too bad you don't know that until after the race, but during the race I was able to keep up with the Mercedes. They only walked away with two, three tenths of a second every lap."

Verstappen crossed the line in third place, bagging his seventh podium of the 2019 season.