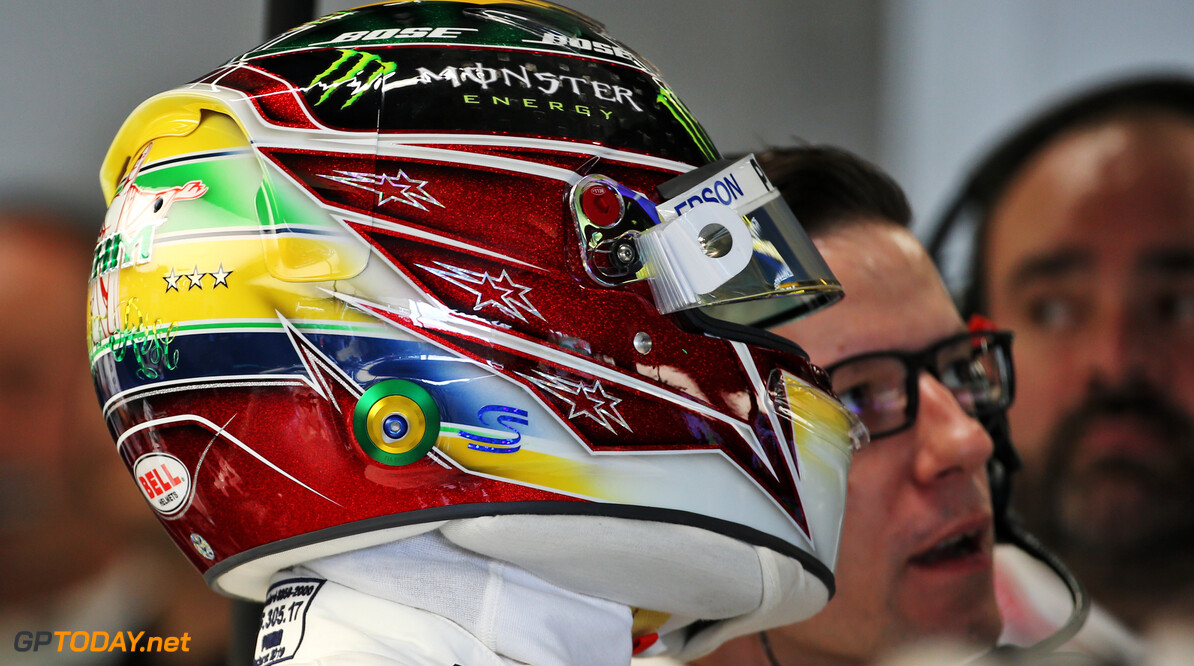 Lewis Hamilton denies that Toto Wolff's absence from the Formula 1 paddock this weekend in Brazil is having any sort of negative impact on the team.

Wolff did not travel with Mercedes to the Brazilian Grand Prix, skipping his first race since 2013.

However, Hamilton states that Wolff's presence within the Silver Arrows is so big that he feels that the Austrian is occupying his normal spot.

"I tell you what it's such a breath of fresh air," Hamilton joked when asked about Wolff's vacancy. "Honestly, he has such a presence within the team, even when he isn't here, he's here.

"Everything that has been set up is because of him, all the people that he's put in place. Everyone is knuckling down and working as normal.

"We just because you don't see him on the pit wall, or you don't see him in the meetings but I know he's in a debrief at the other end, listening to all the things we're saying. So everyone is behaving as well as they can."

The Briton failed to set a lap time during the opening session, as he opted not to go out and collect "pointless" data in wet conditions, as the remainder of the weekend is forecast to be dry.

The six-time world champion expressed positivity over the feeling of his car after the opening day, saying that his team has found a strong baseline to work with.

"The second session was good, nice and smooth," he said. "The Ferraris are pretty quick this weekend, or it seems today.

"It started out pretty well, straight away from the get-go, we started on a good baseline. A couple of adjustments in a short space of time. We'll do some work to refine it."