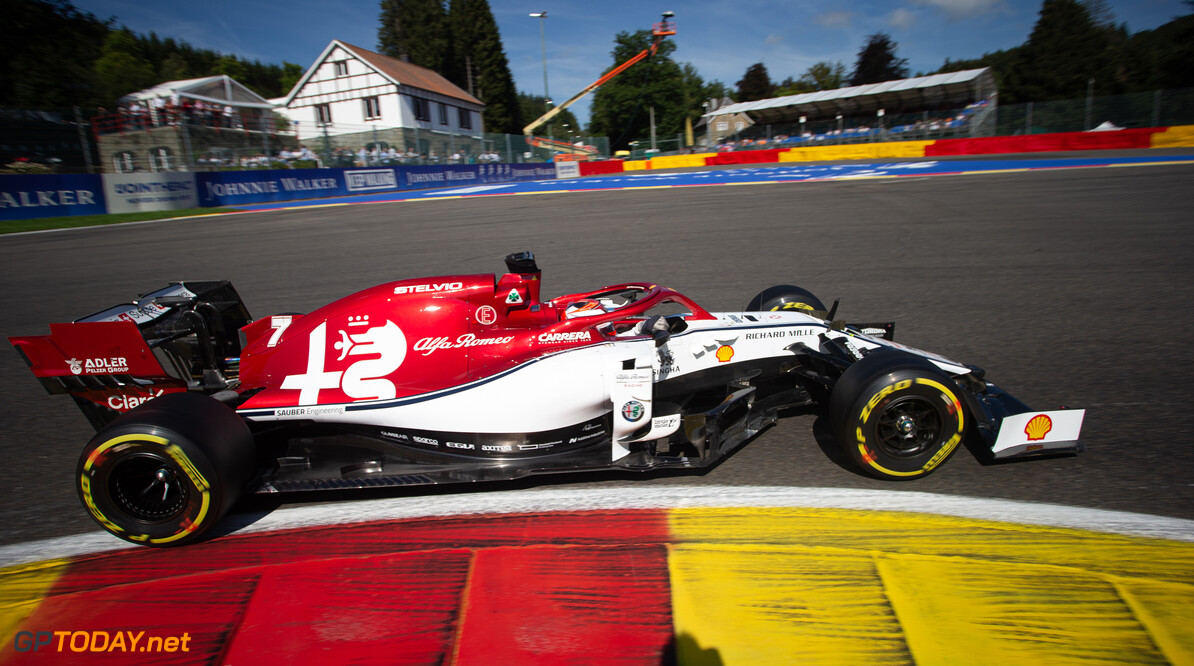 Kimi Raikkonen denies he has concerns over Alfa Romeo's pace for the 2020 season following a tough year in 2019.

After scoring points at the opening four races of the 2019 campaign, the team went through a tough streak of three races where the pace was lacklustre.

However, midway through the year it began to pick up top-ten finishes once more - but now it has failed to score any points since the Singapore Grand Prix, when Antonio Giovinazzi crossed the line in tenth place.

Raikkonen himself has failed to score points in the second half of the season, but the Finn brushed away claims that the team's poor form in recent races will hurt it next year.

"Like I said, we have completely new cars, and things might be completely different," Raikkonen said. "So I don’t have worries on that at all.

"It’s obviously not nice for any of us in the team, but where we’ve been in the last three or four races just with the speed. But apart from that next year is a new story.

“It’s nothing to do with next year, this year, next year is a new thing. I have zero worries on that.

"Obviously we’ve not been good lately. We had a bad patch in the early part of the year, and we managed to turn it around. For sure it’s been more rough now, but that’s how it goes, and we just have to find the reasons and fix it.”

Raikkonen joined Alfa Romeo on a two-year contract in 2019, and admits that he is yet to decide on his future in F1 after the 2020 season.

“I have a contract for next year and I don’t know what happens after that," he said. "Honestly I never have thought so many years ahead.

"We’ll see what happens after that. I’ve zero interest on whether it’s 2021 or not. We’ll try to finish this year well, try to figure things out, and then start working for next year.”