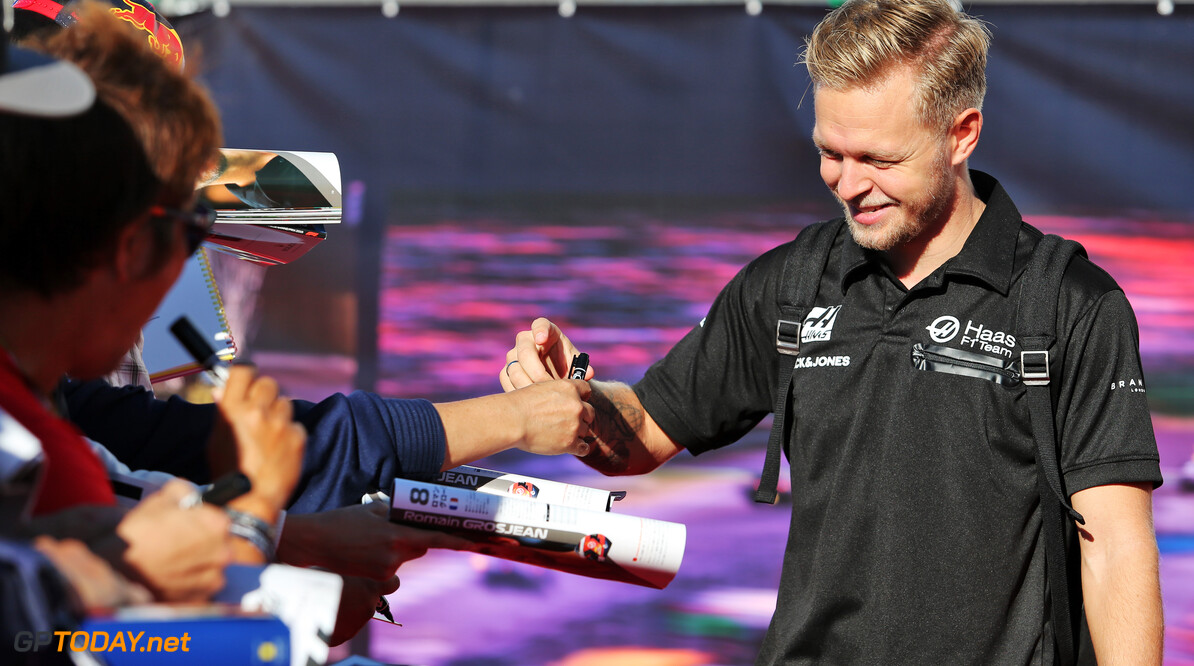 Magnussen: No mindset problems at Haas

Kevin Magnussen denies there is a mindset problem at Haas as a difficult 2019 season for the American squad draws to a close.

Last time out at the Mexican Grand Prix, both Magnussen and teammate Romain Grosjean failed to make it out of the opening stage of qualifying and didn't threaten for points during the race.

Speaking about his "long" race at the Autodromo Hermanos Rodriguez, Magnussen insists the difficult race was expected - but that it wasn't helped by damage he picked up on the opening lap.

"It was a long afternoon, it was kind of expected. I think we did a good job. We made a one-stop strategy work, we had damage on the car, I got hit by Kimi at the start.

"We were all squeezed up, we had contact and it damaged by floor. So taking those things into consideration and knowing that we still didn’t have the pace, we did the best we could."

Haas has switched complete focus onto its 2020 car as Magnussen insists that it "doesn't make sense" to try and mend its 2019 issues with just three races left to run.

However, the Dane doesn't believe that there is a mindset problem within the team, and is keeping faith that it can return to strong form next year.

"I don’t think the mindset is the problem. It’d be much worse if we got too frustrated with the situation. It’s really about trying to make the best of the situation and trying to use this bad situation for something positive in the future.

"That’s why we’ve moved focus. It doesn’t make sense to try and fix this car this year, we only have three races left. It’s better to fully focus with this car as a tool to improve for next year, which we are doing."

MORE: Haas: Kubica would get in-car time with potential 2020 role