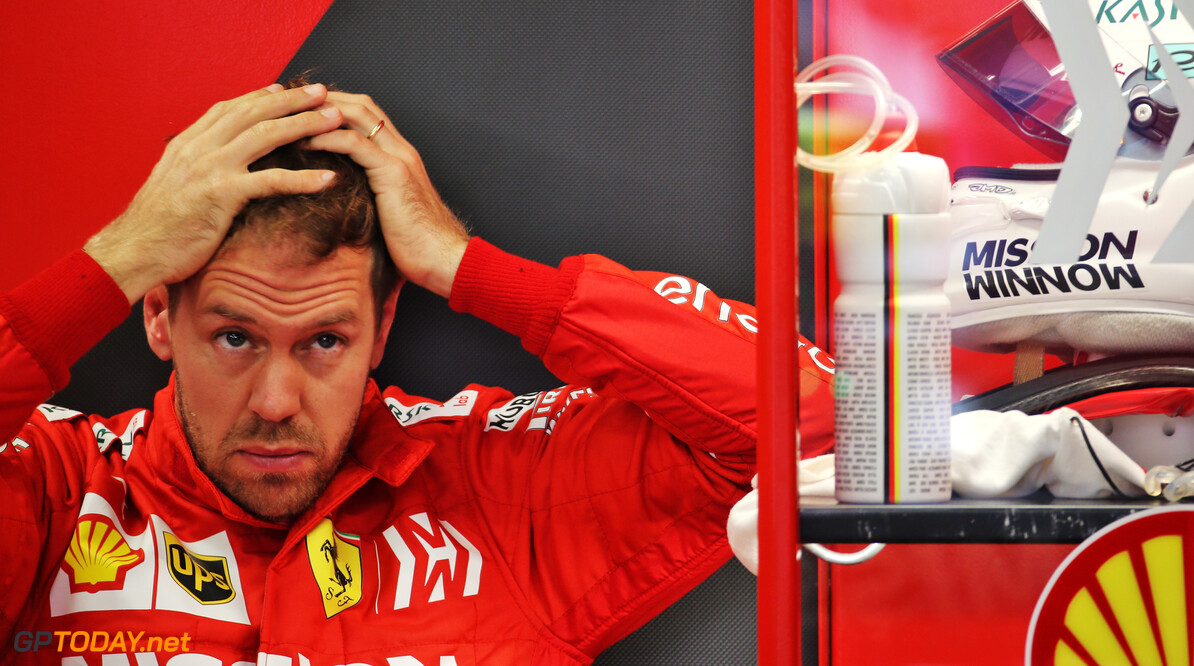 Vettel ended the second practice session on top of the timesheets, only narrowly ahead of Max Verstappen - however the Red Bull driver played down his chances of coming out on top on Saturday.

Drivers struggled throughout the day with the circuit, with many having trouble staying on the tarmac. Despite the difficulties, Vettel was happy with the balance of his car in the second session.

"I don't think you will ever get a great feeling, the car is always moving a lot," Vettel admitted. "But it was okay in the afternoon, I was able to find the rhythm and chip away with it.

"Let's see, I think we can still improve but it will be very, very tight. But that's what we want."

Speaking about the difficulties the drivers had staying on the circuit, Vettel said: "I had my fair share this morning. I think I was the king of Turn 1 and going through the grass. I like mowing the lawn."

Tyre wear played a major role during the opening day of running at the Autodromo Hermanos Rodriguez, with the soft and medium compounds dropping off quickly.

Vettel says he didn't experience the worst of the soft tyre as he ran the medium compound on his long-run simulation but was still encouraged by the wear Ferrari showed compared to other teams.

"For us, we split the work and I had more of a job to do on the medium," he said. "It was okay, we weren't that bad compared to other people.

"I don't have the full view yet but it looked okay. On the softs, when I put them on they were fresh and I only did two laps. So I didn't have the worst tyre of the day for the long run."