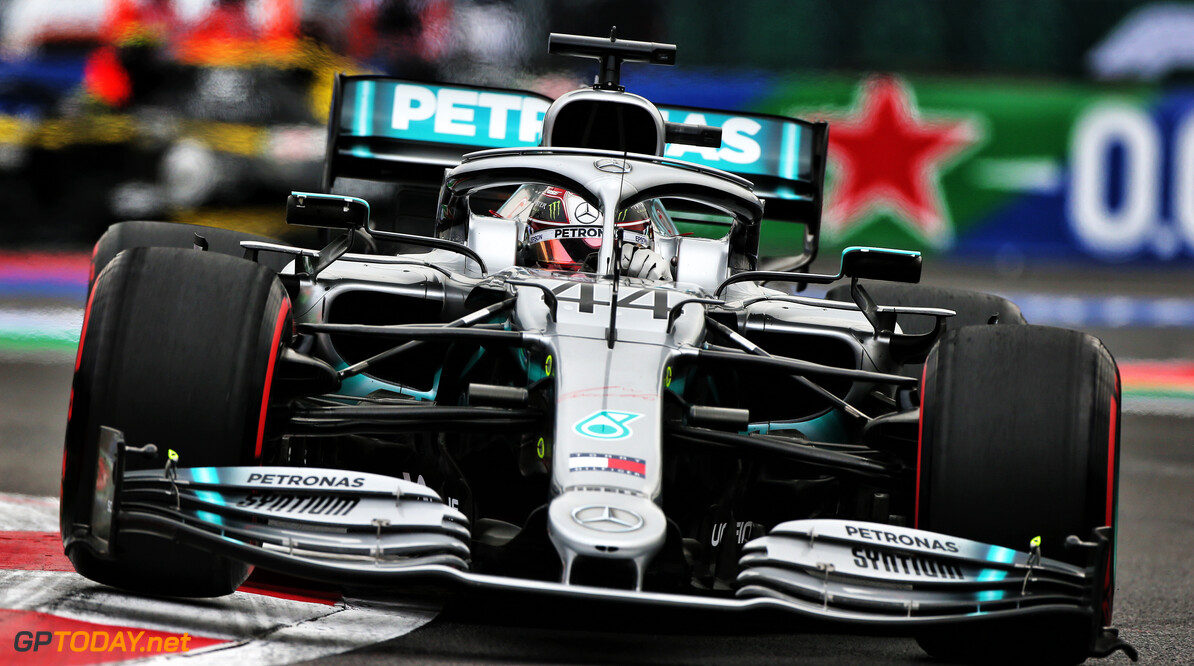 The soft compound that Pirelli brought to the weekend appeared to drop away quickly on the long-run stints, while some drivers suffered from graining on the medium compound.

Hamilton says the high altitude of Mexico City makes the cars much more difficult to drive, which in turn has a damaging effect on the tyres.

"It's pretty useless here with the tyres, it feels like we're going to be doing a three or four stop kind of thing," Hamilton said. "This place is so aggressive on the tyres.

"As the tyres are starting to grain, it gets a lot easier to lock the tyres up. One lock up on these things and they're like 50p coins. It's rattling your teeth out. Fortunately today I didn't have any of that, I'll try to avoid that.

"We have massive downforce but low air density so you're just sliding around a lot. It'll be interesting. We've got another DRS zone, so I hope that helps us get closer for the racing."

While the Mercedes driver admits that he wasn't content with the set-up of his W10, Hamilton affirmed that he still has time to find from the driver's side of operations.

"It's not been a great day, but this is how it usually is for us when we come here," Hamilton reflected. "We've learned a lot, we haven't had any major dramas.

"It's just trying to understand the tyres. It was cool in the morning and a bit warmer in FP2. From the short runs and the long runs, it's hard to pinpoint how to get these tyres working.

"But that's the name of the game. We're not massively of the Red Bulls but the Ferraris... they just keep turning up their engines down the straights.

"The difference between us and them is massive down a straight-line," Hamilton confirmed. "This morning was a bit better, this afternoon I struggled with the tyres and the lap wasn't spectacular. There's more to come for sure, Valtteri was three-tenths up the road.

"It felt quite good in FP1 and then we made some changes into FP2. The track shifted a little bit in terms of its grip level and temperature, and we didn't really get the set-up quite perfect.

"Even within myself, I didn't quite get the lap perfectly together. So I'll be studying that myself tonight to try and figure that out."