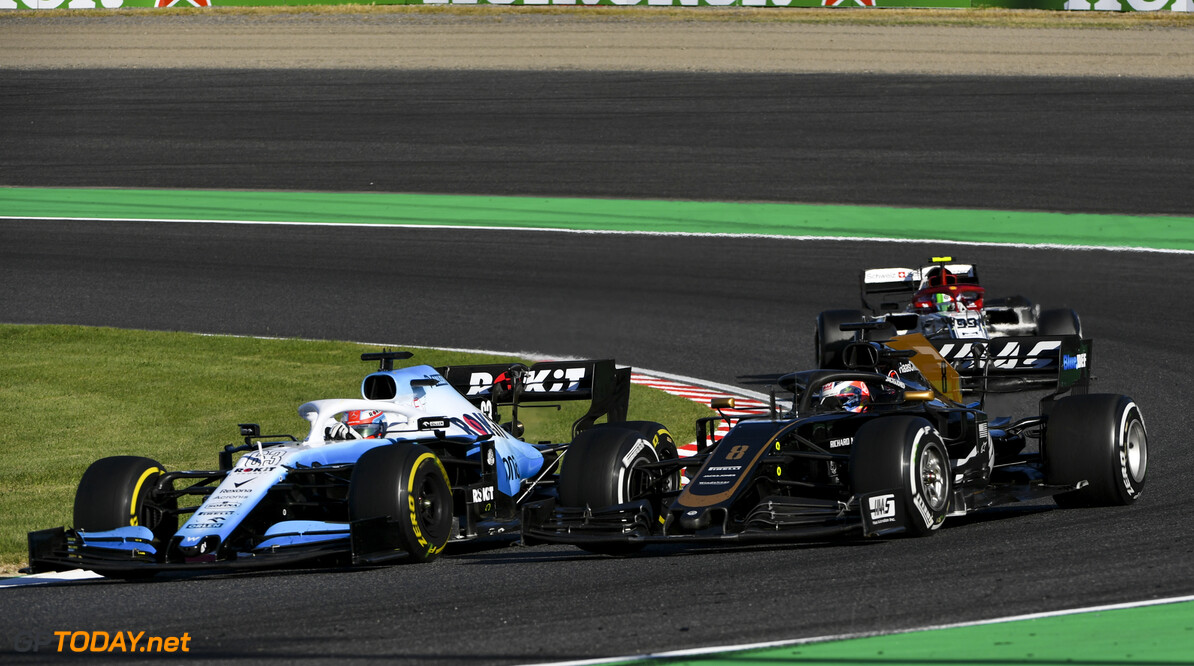 Haas driver Romain Grosjean has spoken of the poor race pace that the team once again suffered in Japan from the team's 2019 car, the VF-19.

Grosjean told of how he had a poor start and fell behind his teammate, Kevin Magnussen, who had initially started the race from last on the grid, and spoke of how a one-stop strategy really showed the true race pace of the car during  last Sunday's Japanese Grand Prix

"Not as good as went wanted today, the start was terrible and I don't know why," Grosjean said after the race.

"I don't know why but I was behind Kevin at Turn 1, so shows how bad it was. Then from that it was very hard to recover. We tried to push hard. We fitted the hard tyre to try and do the one-stop race here.

"Honestly, I had two good overtakes here on Russell and Giovinazzi around the outside of turn one both times and that was the highlight of my race.

"After that it was just managing tyres but we just didn't have the pace in the race. It was a bit of a shame but at least we can work and see which race next will be a good race for us."

Despite the team's underperforming results so far this year, Grosjean, who is confirmed to be racing for the team next season, believes that the team can bounce back and even the balance between qualifying and race pace on next season's car.

"Unfortunately I think it was a bit of a mirror from Friday, when we saw our race pace was not so good," Grosjean added.

"We over-delivered in quali which we tend to do most of the time and then in the race it's harder. But with luck and everything we will try to come back stronger and look forward to next year."