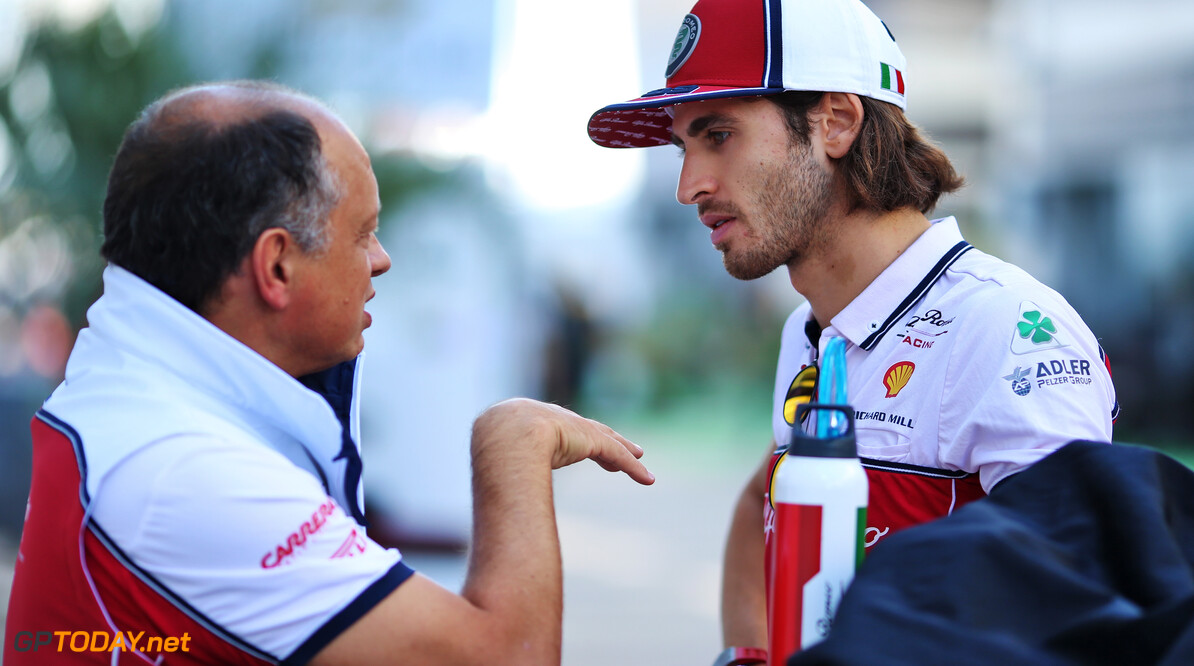 Alfa Romeo team principal Frederic Vasseur says the team will decide on its 2020 line-up "quite soon" as it evaluates who will partner Kimi Raikkonen at the team.

Raikkonen joined the outfit formerly known as Sauber at the end of the 2018 season, with Ferrari junior Antonio Giovinazzi filling the seat alongside him.

Raikkonen has scored a bulk of Alfa Romeo's points this year, however Giovianzzi has ended two out of the last three races inside the top ten.

Vasseur affirmed his confidence in the 25-year-old Italian, who is believed to be the favourite for the seat despite the fact the experienced Nico Hulkenberg is hunting for a drive.

"We will take the decision quite soon but honestly, if you have a look at the last event I think that Antonio is doing a very strong job, that he was matching Kimi in the last six or seven qualifyings in a row,"  Vasseur said.

"He was in front in Sochi. Okay, the first lap was not a good one for us but he’s doing the job and he’s improving step-by-step.

"This morning we had an issue on the car and he was not able to show the pace but he’s doing the job, he’s improving and I’m very confident with Antonio."

Vasseur added that  Raikkonen has been a valuable asset to the team, as it endured a tough spell midway through the season where it ran a handful of races far away from scoring points.

"He's been very calm, he’s not a bit nervous," Vasseur said. "I think it’s good also for us to stay focused on the real issue and not to start to try to go in every single direction.

"We know what did wrong on the last two or three events and I hope that we will be able to correct it for Suzuka and the next ones, and that’s it."