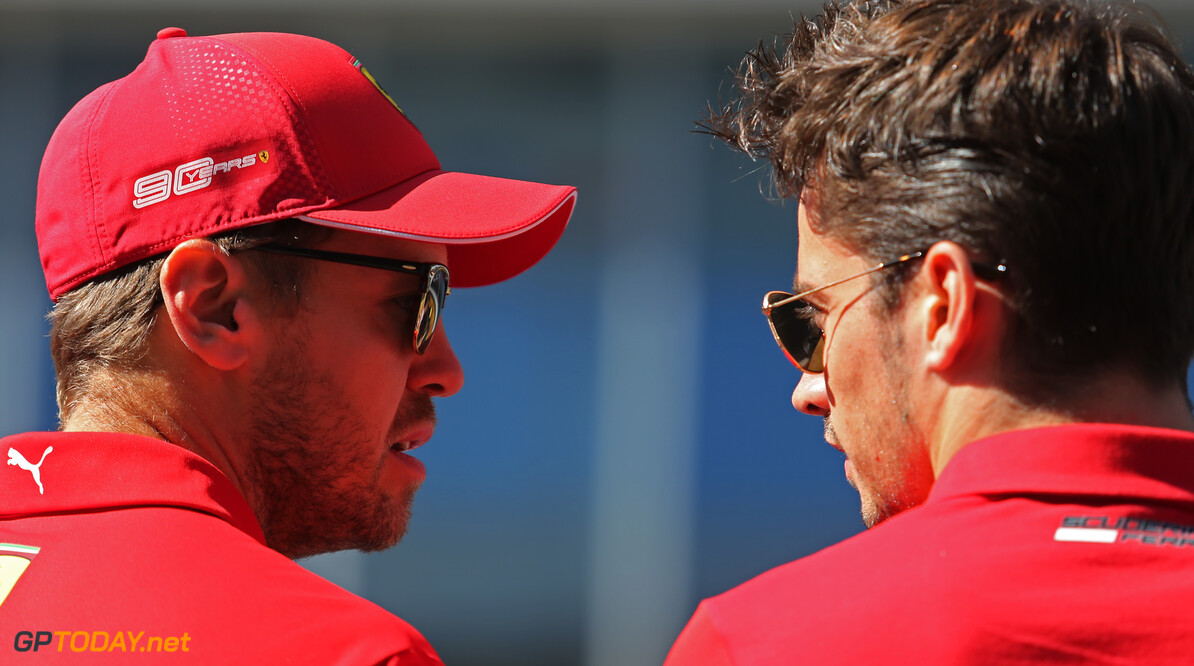 Vettel: Good to have 'real reference' in Leclerc

Sebastian Vettel believes it is positive for him to have a "real reference" in his 2019 Ferrari teammate Charles Leclerc, who has taken pole position at the last four events.

Leclerc won the first two races following the summer break and was on course to win the following two in Singapore and Russia before strategy went in the direction of his rivals.

Vettel has not beaten Leclerc in qualifying since the Canadian Grand Prix, where he took his one and so far pole position this year.

The four-time world champion insists it is too early to judge whether or not Leclerc is the toughest teammate he has had, but says there is no doubting his speed which puts his own pace in the spotlight.

"Ultimately you can’t really compare because you’d need to put Mark, Kimi and Daniel, Vitantonio and Bourdais in the same car at the same time. So it’s not fair.

"Certainly in terms of raw speed he’s very quick but obviously it’s a bit early for him, it’s only his second season in F1. It’s very different to say Kimi or Mark, who had spent a lot of time in F1 and had a lot more experience. I don’t look at it that way.

"It’s good that he’s a real reference, and as I said especially in the times when I struggled a little bit to really get the most out of myself and the car, then it’s good to have that, because it can also help you. As a team it’s good to have two drivers fighting for the same ground on track.”

Vettel has no grid penalty concerns

Last time out at the Russian Grand Prix, Vettel retired with a mechanical problem, sustaining his first race retirement since last year's event in Germany.

Despite the problem being related to the power unit, Vettel is confident that he will be safe from grid penalties during the final rounds of the season.

"I think we got to the bottom of it, there’s no concern for the next five races with the mileage we have to cover etc for all these events. I’ll just say it was a combination of things which led to something failing.”