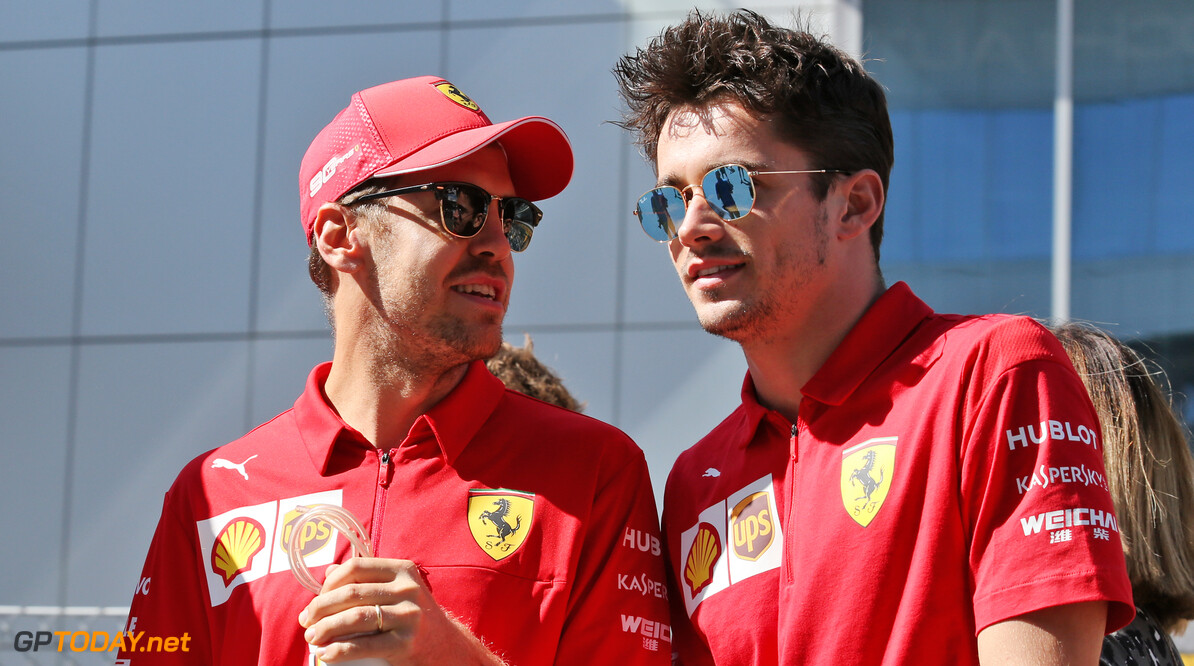 Hakkinen: Leclerc learning Vettel is not a pushover

Leclerc won two consecutive races in Belgium and Italy before losing out to Vettel in Singapore, as the latter performed an undercut which placed him into the lead of the race, before going on to take the chequered flag.

In Russia, a pre-planned strategy by Ferrari saw Vettel move from third to first on the opening lap by using Leclerc's slipstream to get ahead of the Mercedes of Lewis Hamilton.

Vettel would go on to retire from the race with an MGU-K problem following a lengthy radio discussion in which he refused to hand Leclerc the lead back, stating that the Monegasque driver needed to close up as Hamilton was too close behind.

MORE: Wolff: Mercedes has 'got to step up' to Ferrari's level | Leclerc not expecting reliability to be a Ferrari concern

Hakkinen sees tension between the two Ferrari drivers that were paired together for the first time this year and the Finn has called on Ferrari to get on top of driver management.

"After starting from pole position - his fourth pole in a row - Charles Leclerc had every right to expect a great result on Sunday, but it all went wrong when he agreed to give Sebastian a tow down the long straight to the first proper corner, Turn 2," Hakkinen wrote in his Unibet column.

"In agreeing to give Sebastian the lead it opened up the opportunity for him to control the race, which he did perfectly.

"There is tension in Ferrari between the drivers, and Charles is learning some tough lessons. Including the fact that Sebastian did not win four World Championships by being a pushover.

"Compared to Mercedes, Ferrari does not yet have the perfect teamwork between the drivers, and they need to do that if they are going to win consistently. Fighting inside a team never works."

Mercedes will have 'real battle' if Ferrari sorts its drivers

Hakkinen added that Mercedes will have a "battle on its hands" if Ferrari can quickly pull together and ease the tension between its two drivers.

"Only five Grands Prix remain this season, and next we are off to Japan for one of my favourite events at one of the best tracks in the world - Suzuka," he stated.

"The close battle between the three top teams will continue, with Ferrari’s speed and acceleration likely to give them an edge which may force both Mercedes and Red Bull to once again look for alternative strategies.

"The inter-team battle at Ferrari may continue, but if they can resolve that and find a way to work together, then Mercedes Benz will have a real battle on its hands. Not just in Japan, but for the rest of the season."