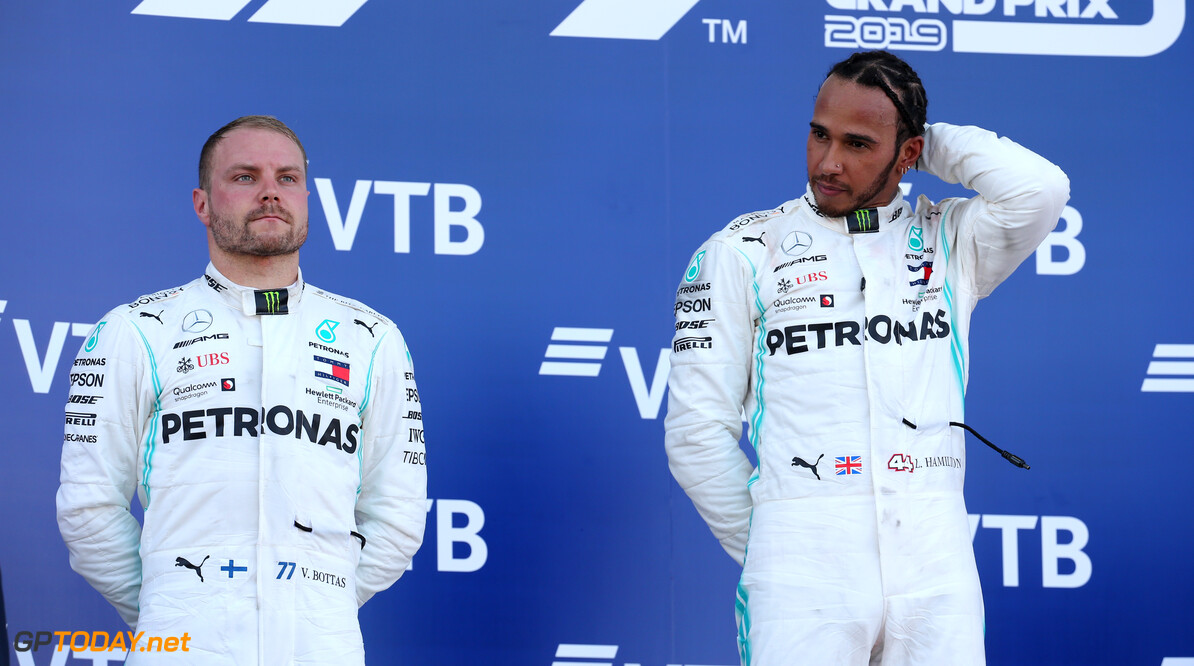 Valtteri Bottas says he is leaving "no stone unturned" as he attempts to get the better of teammate Lewis Hamilton, who is on course to take a sixth world championship title this year.

Bottas won two races in the opening four events of the season, but has failed to reach the top step of the podium since he triumphed at the Azerbaijan Grand Prix.

MORE: Wolff: Sochi outcome showed we must never give up | Hamilton 'working hard to make sure' he drives 2021 car

He currently sits second in the constructors' championship, 73 points down on Hamilton and 34 points in front of Charles Leclerc, who occupies third place.

Bottas believes there is currently a good mood on his side of the garage as he "digs deep" to beat Hamilton.

"In this sport, there are so many details and things that you can improve if you invest your time into that," Bottas said. "So if I want to beat Lewis over a season, I need to dig as deep as I can.

"I need to leave no stone unturned and I'm ready for that, completely with the team. We have a good spirit with the engineers, on my side of the garage, we're quite united.

"Me too, being able to find those gains and improve. They can see the improvements from last year and they're motivated to help me. I think we've found a nice way of working now and hopefully it will bring results in the future."

Mercedes announced in August that it had re-signed Bottas for another season which will be his fourth at the Silver Arrows, while Esteban Ocon moves to Renault.