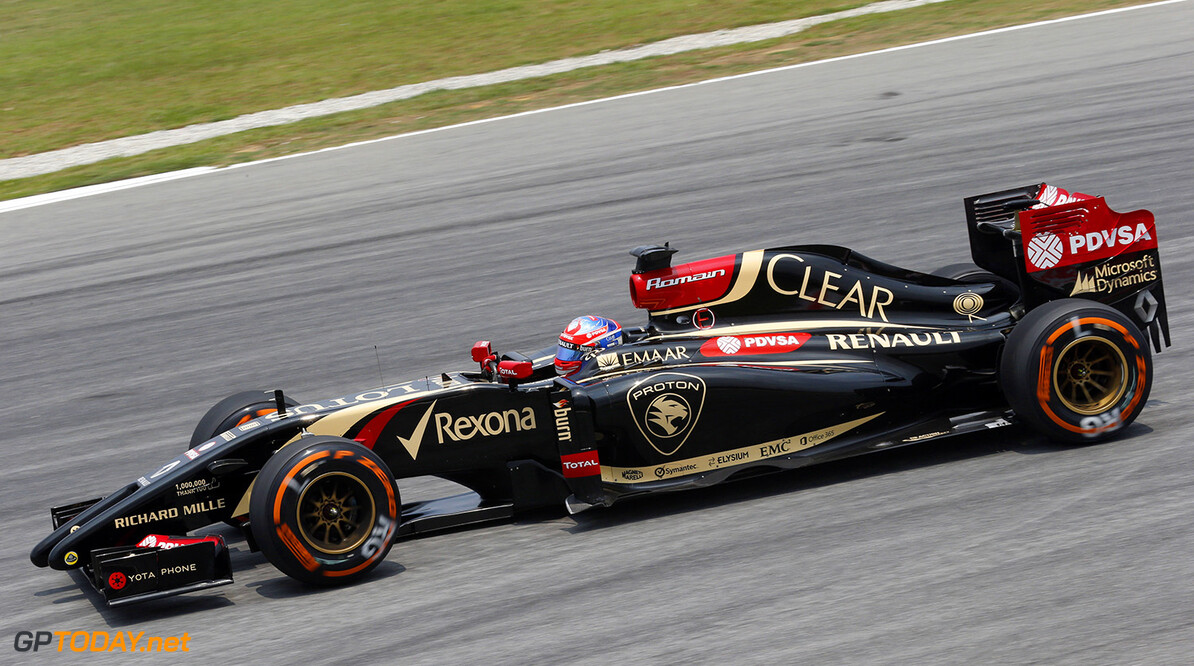 Grosjean was told Lotus could challenge for world championship in 2014

Romain Grosjean has revealed that he was informed in 2014 that the Lotus E22 could challenge for the world championship.

The 2014 season was Grosjean's penultimate year with Lotus before his move to Haas in 2016, the same year the American squad joined the grid for the first time.

In 2019, Haas has struggled to understand the race pace of its car, which is often seen dropping away down the order during a Grand Prix on Sunday.

MORE: Grosjean expects return to struggling pace after 'one-off' round

When asked if he ever had experienced a similar situation to the one he is currently enduring at Haas, Grosjean said: "I have, at Lotus in 2014 is a really good example. I was told in January of 2014 that the car was good enough to be world champion, which I believed at the time.

"Obviously it was not, but what we were seeing on the wind tunnel and what we were seeing at the track was a very different situation. It took until after Budapest to actually get everyone to agree and understand that there were big correlation issues.

"They did some really good work after that to understand it and that's why 2015 was much better.

"You always have the theoretical part in the wind tunnel and you can do as much as you want. But when you put it in real life, things are always a little bit different."

Lotus enjoyed a strong end to the 2013 season, the final year of the V8 engines before Formula 1 transitioned to the V6 hybrid power units in 2014.

Grosjean scored four podiums in the final six races of 2013, however 2014 saw him score just eight points across the entire season.

When asked to clarify what is causing Haas' problems this year, Grosjean confirmed that correlation problems are the biggest issue that the team is facing.

"There are a lot of correlation issues," he said. "The rest, downforce also is not really good in terms of pure numbers, but the biggest issue is correlation and behaviour on the track versus the wind tunnel."