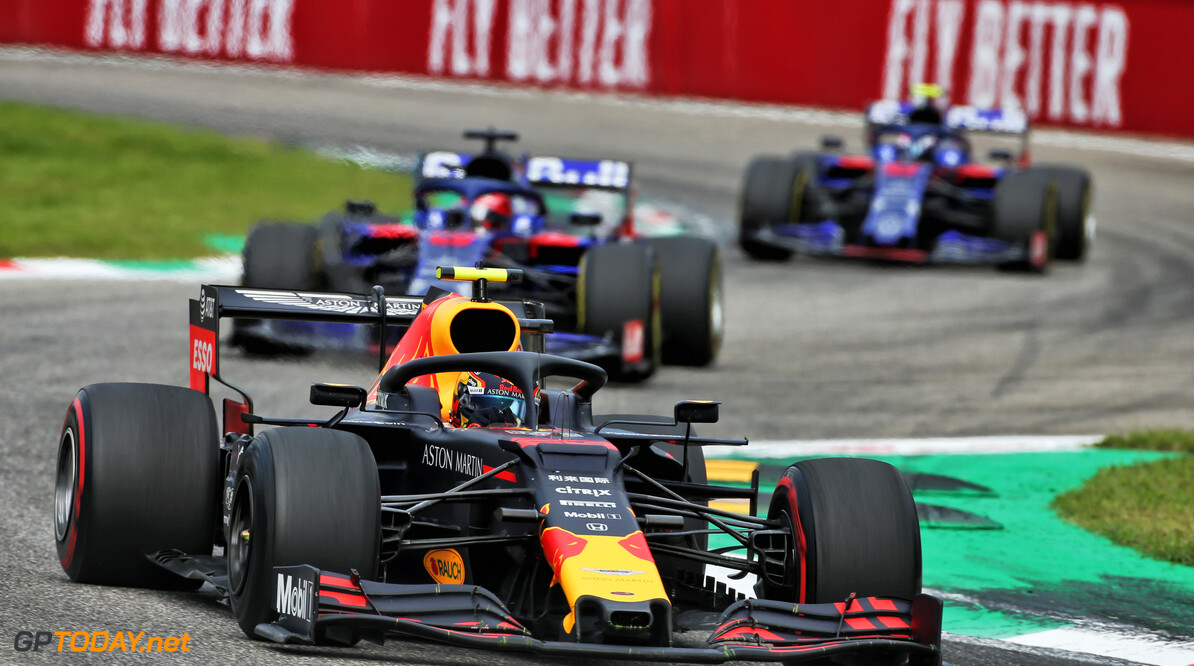 All Red Bull and Toro Rosso drivers are set to take grid penalties this weekend in Sochi ahead of Honda's home race in Japan in two weeks.

Max Verstappen and Alexander Albon of Red Bull and Toro Rosso's Pierre Gasly are set to lose five positions after qualifying as they will be fitted with new Spec 4 internal combustion engines.

However, Daniil Kvyat, who is in a different sequence with grid penalties, is expected to start his home race in Russia from the back of the grid for a complete power unit change, excluding the battery.

"Looking at our power unit usage for the rest of the season, in Sochi all 4 drivers will get a new Spec 4 ICE," Honda stated.

"With a different replacement history, Kvyat is changing all elements except the battery. He will start from the back of the grid. The other 3 will get 5 place grid penalties."

At the Belgian Grand Prix, Albon and Kvyat started from the back of the field due to a new power unit, while Verstappen and Gasly took the same penalty one week later in Italy.

The Japanese Grand Prix next month will mark Honda's first home race with Red Bull, as it targets a strong result with the energy drink squad that has two race victories so far this season.