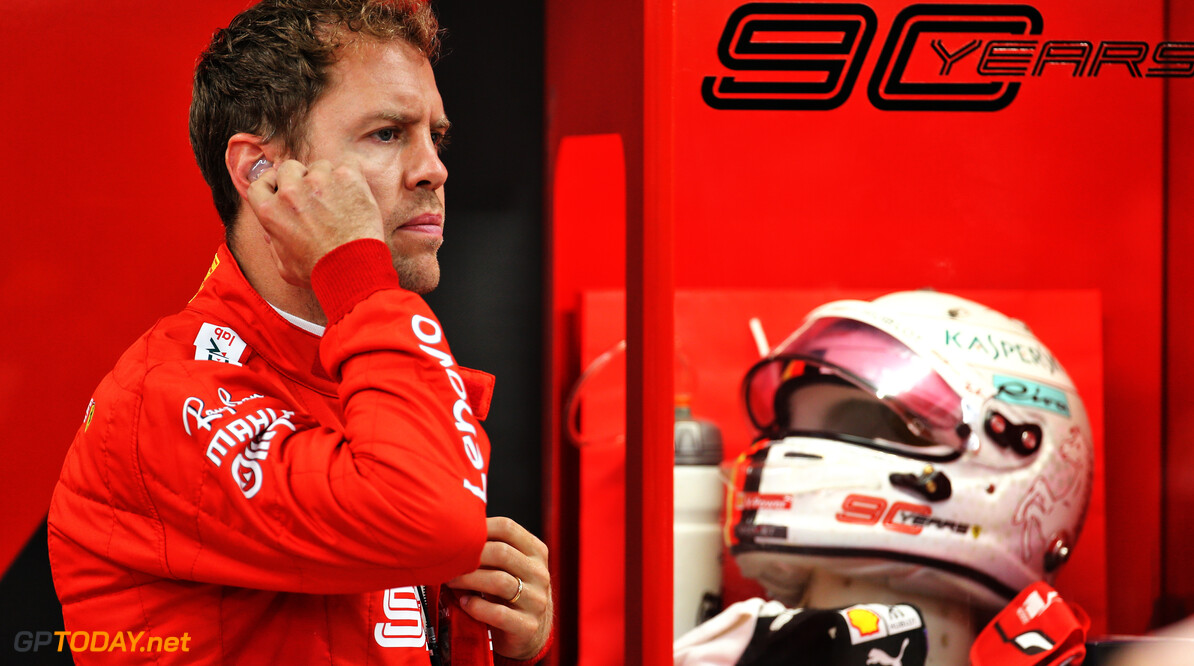 Sebastian Vettel has paid tribute to the fans who sent handwritten letters of support to him during the past few weeks and says they gave him “a lot of energy” coming into this weekend.

After a difficult few weeks during which time he’s seen team-mate Charles Leclerc record back-to-back wins while he suffered the embarrassment of an unforced spin and a penalty that left him out of the points at Monza, Vettel bounced back to claim his fifth Singapore Grand Prix victory to end a 12-month winless streak stretching back to last season’s Belgian Grand Prix.

Speaking after the race, Vettel revealed how a number of notes and messages sent to him by fans lifted his spirits and gave him belief that his form would soon return.

“[I received] a lot of little notes and handwritten letters, and obviously [when] people make the effort to write something you find a bit of time in the evening to go through them, it’s really encouraging,” Vettel said.

“I got a lot of energy just from the messages I received from the racing world, from people I know from a long time ago, especially from fans. After Monza, and then coming here, people [shared with me] their own story of when things are up and when things go down.

“Obviously, for us, everything is centred around racing but it's not the most important thing. When you read some of these notes and see that people struggle in life, some were very intimate and private, it gets to you, and it gave me a lot of belief and confidence to keep trying.

“I knew we weren’t far away from a breakthrough moment [and although] Charles has been very strong and was right to win the last two races, I knew as well on our side that we just needed to keep doing our job and sooner or later things will fall in to place. Obviously, I’m happy that it was sooner rather than later.”

Following suggestions that Ferrari may decide to make Leclerc its number one driver following Vettel’s recent run of bad results, the four-time champion explained that silencing his doubters was “maybe less satisfying than you think” and dismissed the criticism he’s received lately as “just part of the game”.

“I’ve been around now for a long, long time. It’s how the tide turns sometimes,” Vettel said.

“I have the highest expectations of myself and I'm not happy when I'm not delivering what I know I can. Certainly, I’ve had moments this year when I was struggling to just get it out.

"I know I need to improve from there so I cannot be happy with that, but equally, I know it wasn’t as bad or as disastrous as maybe people put it together.

“I think if you’ve been around for such a long time and you’ve had so many good moments, then obviously you get hammered when there are bad moments, but I think that’s just part of the game.”

He went onto explain, “Obviously this is a victory for the team because if you look at the hard facts, we came here after being completely destroyed in Hungary [a track similar in terms of car specification], we had a minute to the leaders.

"Coming here [to Singapore] to be in a position where we are able to fight for pole yesterday and take control of the race, that’s a team success, that’s what I honestly feel.