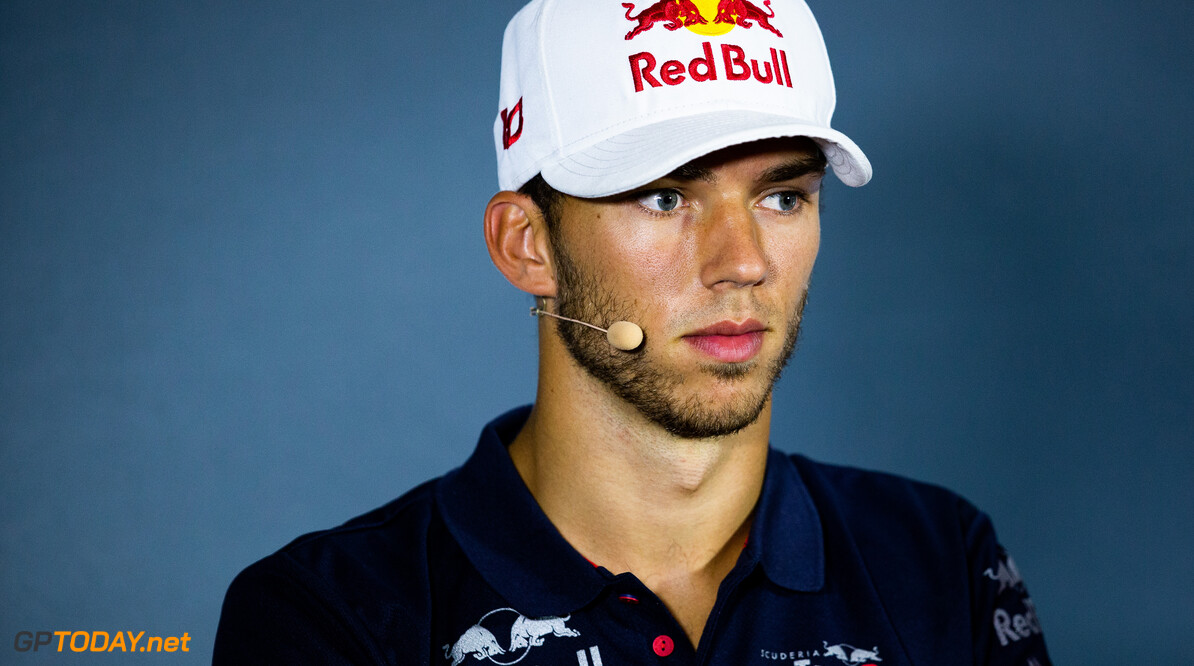 Gasly has 'stopped reading the comments' regarding his F1 future

Pierre Gasly says he’s ignoring speculation regarding his prospects of a Red Bull return next season and insists he’s focused solely on ‘becoming a better athlete’.

Gasly struggled to match Max Verstappen’s pace following his promotion to Red Bull and was demoted back to Toro Rosso during F1’s summer break despite being reassured he would see out the season with the senior team.

Yesterday, Red Bull motorsport advisor Helmut Marko appeared to throw Gasly a lifeline regarding his future by confirming that either he or Alexander Albon would partner Verstappen next season.

Gasly, however, says he’s ignoring Marko's comments and insists all his focus right now is on becoming ‘a better athlete' and 'a more complete’ driver.

“To be fair, I’ve stopped reading and looking at all the [comments] because there are so many and I just need to focus on my job with the team. At the moment I’m pretty happy with the way it goes and the performance we are showing,” said Gasly.

“We’ll see what [Red Bull] do. I'm happy with Toro Rosso, I just need to perform as best as I can for this team and we’ll see what they decide in the future.

Part of Gasly’s struggles during his spell with Red Bull was his inability to get the car setup to his liking, and he described the team’s RB15 car earlier this season as “unpredictable”.

After scoring points on his return in Spa and outqualifying Kvyat twice in three races, Gasly says he feels able to extract more from the Toro Rosso than he could the Red Bull, and expects his performance to improve yet further as he becomes more familiar with the car.

“I do feel like I can almost drive 99% at what I want, but I’m still missing the consistency that I will get after six or seven race weekends in that car, that I'll get with more running, but I feel like I can attack and push it quite hard,” Gasly said.

“It doesn’t feel more forgiving [compared to the RB15] but I feel I can drive a bit more naturally and it seems so far that I can extract more from it.

“I know my performance will keep improving with more weekends and once I get the feeling ‘Ok I know 100% when I do this with the car this will happen’, that’s when I think I will become a bit more consistent.

“I’m pretty happy with the level and the direction that we are going with the team, and they are really helping me in that aspect, but, of course, your first rival is your teammate and that’s the first comparison so it’s always good to beat him.”