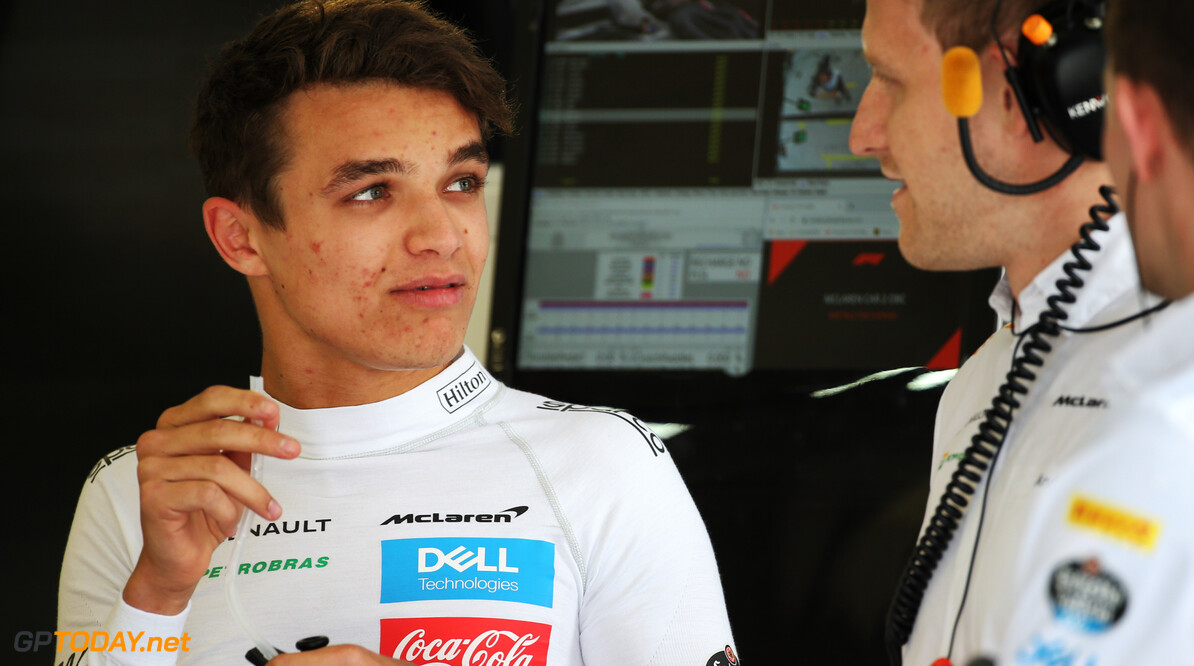 McLaren's Lando Norris has named multiple MotoGP world champion Valentino Rossi as his biggest idol, after meeting the two wheel legend during the recent MotoGP British Grand Prix at Silverstone a couple of weeks ago.

Norris said that he loved watching Rossi growing up and always saw him as an idol, and also admitted that he did not feel that he idolised any other driver on four wheels the same way.

For this weekend's Italian Grand Prix at Monza, Norris is sporting a new helmet and racing boot design, heavily inspired from Rossi's own famous blue and green MotoGP helmet design.

"My hero was Valentino Rossi." Norris said. "There's people I look up to {in car racing}, but he was my idol. A couple of weeks ago I met him in Silverstone at the MotoGP.

"I literally only met him for five minutes, nothing more than that. I wouldn't say I was starstruck, but I was very excited. He was the guy I was watching since I was a kid."

"I was on two wheels before I was on four wheels," Norris added. "I was doing, like, 50 or 60 cc motocross, and I loved doing it. But as soon as I tried karting, I fell in love more with that.

"When I spoke to Rossi, he was the opposite. He started in karting when he was seven, and he loved doing it, but when he tried motorbikes he had more love and more passion for doing that."