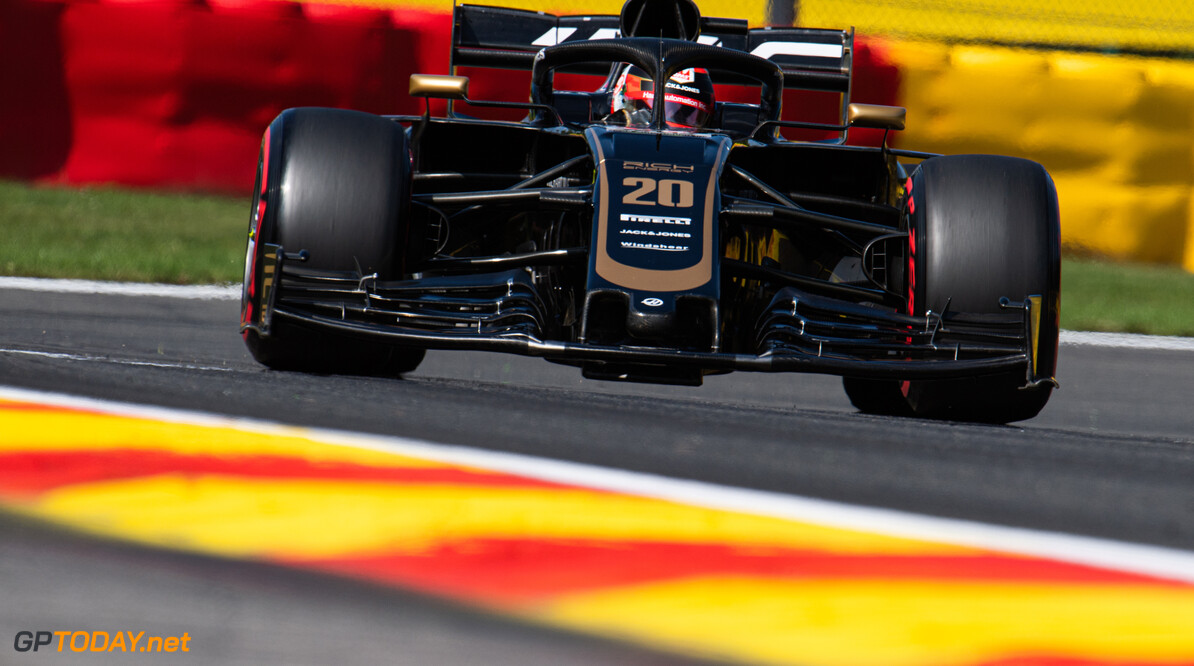 Kevin Magnussen says he has no idea what caused a "random" turn in pace during the Belgian Grand Prix on Sunday.

The Dane ran 25 laps into the race on the soft compound, a decision he admits he regrets making, as he was hoping for a safety car.

The Haas driver found himself dropping through the field as his opening stint wore on, admitting that he thought the feeling of the tyres were coming back to him.

But his struggles on the C3 compound evaporated when he switched to the 'medium' C2 tyre, with Magnussen stating that the car "came back to life".

"It was kind of my decision, and it was a bad one," Magnussen said of his decision to extend his stint. "I felt like the tyres were coming back but you know, you get so confused.

"It looked so bad that I thought it's another one of those races where we're just hopeless. So I thought I might as well stay out a bit and hope for a safety car, something like that and then pit.

"But then we pitted and got onto the next tyre, which was so much better. Suddenly the car was back to life and I was catching people.

"I'm bummed not have pitted earlier, like the team wanted. There's no way you can know these things, it's so random. It's not going to be the same in the next race.

"These two tyres didn't work at all in Hungary and we were nervous about it for this race. We were more happy about the C3, and in the race it was the opposite. So it's getting frustrating.

Magnussen says that it's scary when you don't understand your car's performance, which led to struggles in learning information for the next race at Monza.

"When you don't understand your performance, it's very scary and unnerving. It's not like we feel we can learn something for the next race.

"These tyres, are so random it seems. And we seem to have much bigger problems than anyone else, and we don't know why."