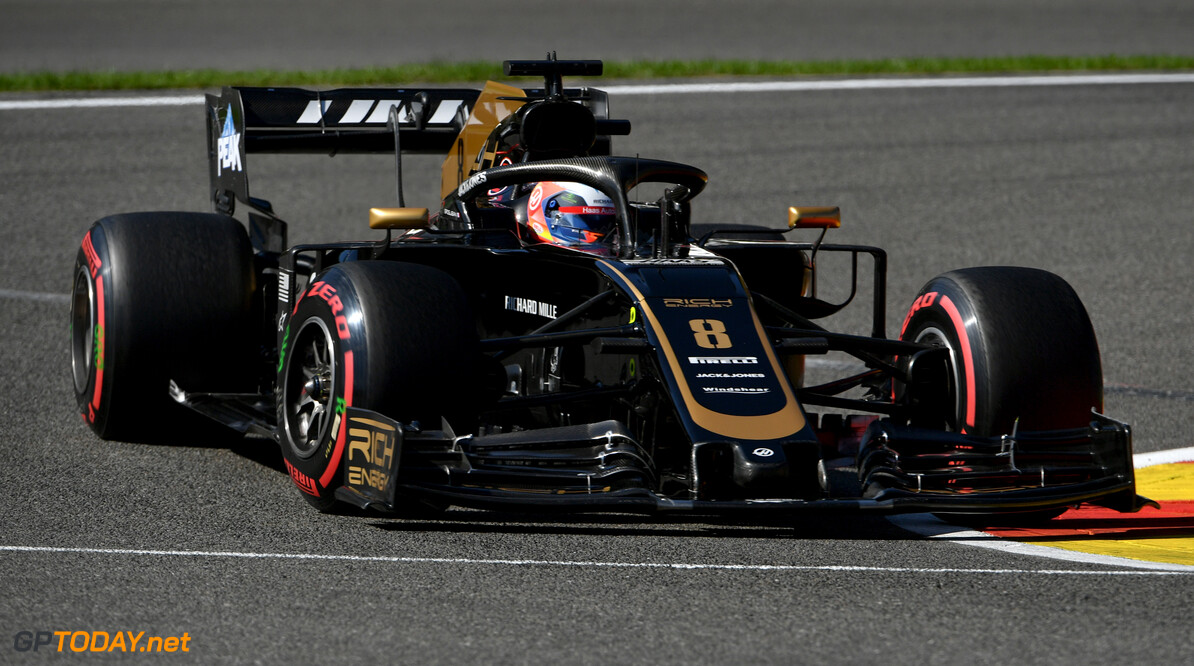 Haas is losing two seconds per lap due to its struggles with the tyres at Spa-Francorchamps, according to Romain Grosjean.

The Frenchman qualified in 11th on Saturday, but is set to start from ninth due to penalties for Daniel Ricciardo and Nico Hulkenberg.

Grosjean is hoping that cooler conditions arrive for the race which will ease the team's struggles, however the 33-year-old says he is expecting a "long" and "complicated" 44 laps.

"The feeling is that it is going to be very painful and slow, unless the change in conditions help us," Grosjean said. "We did a bit of a long-running this morning and a bit yesterday and the pace was... 'not good' is not the word.

"So the feeling is that it could be complicated, the only hope is that the change in conditions helps us not to destroy the tyres and get more grip. But it could be a long 44 laps.

"We're struggling with the surface, sliding too much and therefore getting the surface [temperature] too high, then they completely degrade.

"Maybe if it's cooler and the weather conditions are changing to not be that cooler, we will see."

As he qualified outside the top ten, Grosjean has a free choice over which compound to start the race on, opening more strategy options for him.

However, the former Lotus driver isn't taking much hope from that scenario, as he believes the team is struggling across the whole range of Pirelli compounds.

"It's always better to start on fresh, I don't know what strategy we're going to go for but yesterday, we were missing about two seconds of pace per lap," he stated.

"We're not looking to gain two or three-tenths, it's two seconds. So whichever tyre you are on, it doesn't really matter. Hopefully it will be better tomorrow."