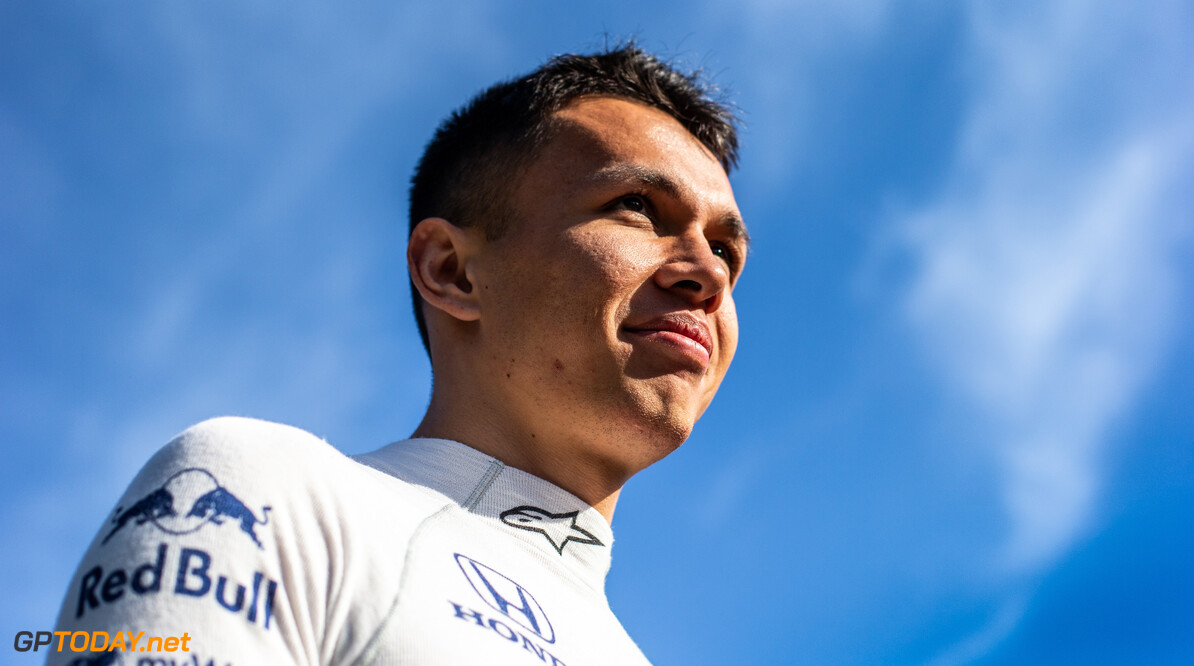 Alexander Albon says he will be keeping his feet on the ground during his "big step" debut for Red Bull Racing this weekend at the Belgian Grand Prix.

After the commencement of the summer break, Red Bull announced that it would replace Pierre Gasly with Albon for the remainder of the season, due to the former underachieving at the energy drink squad.

MORE: Albon: Red Bull had no reason to keep me in 2012 | Hamilton fears Red Bull is catching Mercedes

Albon received the promotion despite having just 12 F1 races under his belt, and knows that there will be more to come and improve on from whatever pace he displays this weekend.

"Not many drivers get the chance to drive a car capable of winning a race so early in their F1 career, so it’s a great opportunity to be driving for Red Bull," Albon said.

"It’s a big step, a big difference, and the factory’s a lot closer to my house which is handy! We know what the car is capable of and we’ve seen what Max has been able to do this year.

"I want to see what it’s like compared to what I’m used to, but at the same time, I know this weekend is my first time in the car, I’m still learning and improving as a driver and there’s definitely more to come.

"I know one of the main differences will be the noise and attention that comes with the move but I’m keeping my feet on the ground. I’m just focusing on the job I have to do for Spa, I’ll be doing a lot of listening and observing."

Spa not one of Albon's most successful circuits

Albon admits that Spa-Francorchamps, which hosts the Belgian Grand Prix, hasn't been one of his strongest circuits during his career.

However, last year he finished second in the Formula 2 Sprint Race, which offers him a boost of confidence heading into the weekend.

"The track is cool and I think it’s one that everyone loves. It’s definitely a drivers track, it’s quick and there aren’t many run-off areas. It kind of goes back to that old school driving feeling where you really feel like you’re on the limit and you know if you make a mistake, you’re in the wall.

"That’s something that drivers crave. Spa hasn’t necessarily been that successful of a track for me, but we got podiums there in Formula 2 last year so it’s still been good. Also, you never know what’s going to happen there with the weather.

"We’ve got as much simulator prep done as we can, so now it’s about going through procedural things with the Team and getting to know everyone. It should be good!

"This is a big step, but I feel I’ve been through these big jumps before and taken the opportunities – I’m not worried about that. I’m focused and ready to be as strong as possible for the second half of the year.”