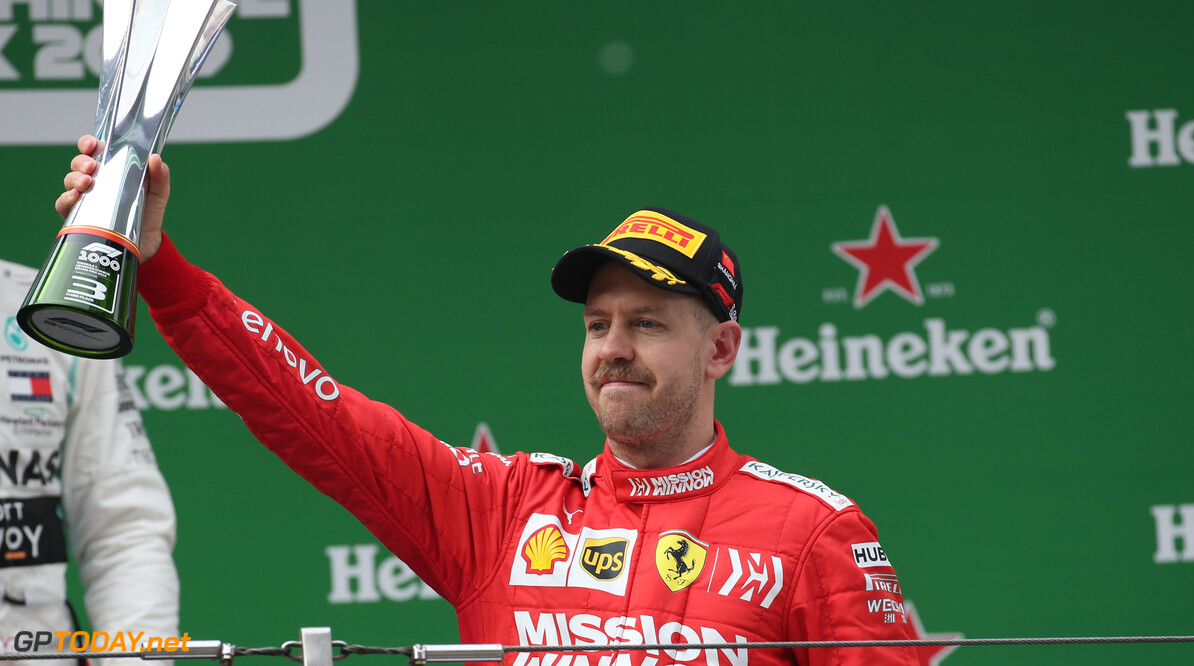 Sebastian Vettel has called on Formula 1 to get rid of the "super-boring" trophies that have been used in recent years.

Vettel says he is a fan of seeing the older styled trophies that differed from race to race, rather than the trophies he gets with title sponsor branding over it.

MORE: Vettel: SF90 an efficient car despite struggles | Ferrari 'not happy' with standard parts for 2021

The Ferrari driver was reminded of comments he made regarding the trophy he received in 2015, when he won the Hungarian Grand Prix.

"I was happy that we won and then disappointed that it was a standard trophy," Vettel said. "I don't know when I started watching Formula 1 on TV, some races had some iconic trophies in terms of design or material that they used."

Vettel says that the added element of unique and eccentric trophies is something that he cares about, as small things make a difference to his enjoyment.

"For me, I'm not chasing glory as in people knowing my name or face," Vettel affirmed. "I think I picked the right sport anyway because I'm wearing the helmet most of the time.

"These small things make a difference to me and I care. They are part of traditions and when I look back in the old pictures, I see all the guys lifting trophies in different countries.

"I think there should be a certain stability there, or at least improve it. But the most boring thing is if we have the title sponsor trophies, then that looks super-boring.

"I don't get the points either, you have billboards everywhere. Why do you need the trophies to say the same thing?"