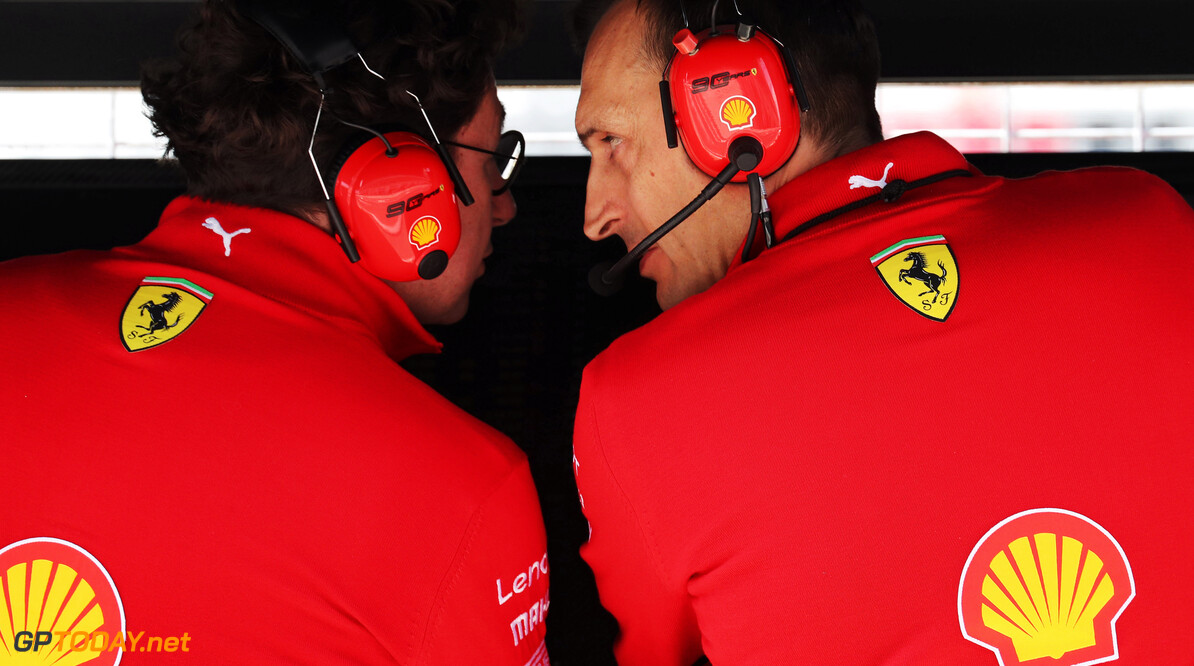 Ferrari 'not happy' with standard parts for 2021

Ferrari team principal Mattia Binotto says that he is not happy with the push for standardised parts in 2021.

In two years' time, F1 will be racing under revamped regulations aimed at pulling the field closer together and allowing for better racing.

There is also set to be a number of standard parts added to the cars to neutralise an advantage, while also keeping costs down - another aim for the 2021 season.

With the 2021 regulations not set to be signed off until October, there may be changes to the blueprints that the FIA and Liberty Media presented in July.

"Why are we against it? Because we believe that, first, the DNA of this sport is competition, and standardising somehow is against the spirit.

"Second, because, whatever you're doing standard doesn't mean that you are saving money, because you need to re-engineer your car, your components, towards the new component, and that has an impact as well on the economical. So I'm not sure that the balance is positive."

However Binotto is not confident that the standard parts will help keep costs down due to the introduction of the budget cap, which has been set at $175 million.

"Sustainability is a key factor, and I think the budget cap we are all in favour of, we have all subscribed already, and the financial regulation is a key point of the future as well, because it's stopping expenses," Binotto commented.

"It's closing the gap between the small and the big teams - even if maybe the budget which has been agreed is very high for small teams, but at least you reduce the gap," he added.

"And I think that, again, it's back on the standardisation. I don't think we need standard parts to save money, because we will anyway spend whatever is the cap.

"At least the top teams will spend whatever is the cap, so on the standard parts will not be affecting that respect. So, while I understand the reason of them, I think we need to be careful in evaluating the risk versus benefit, and not forgetting also the final objective."