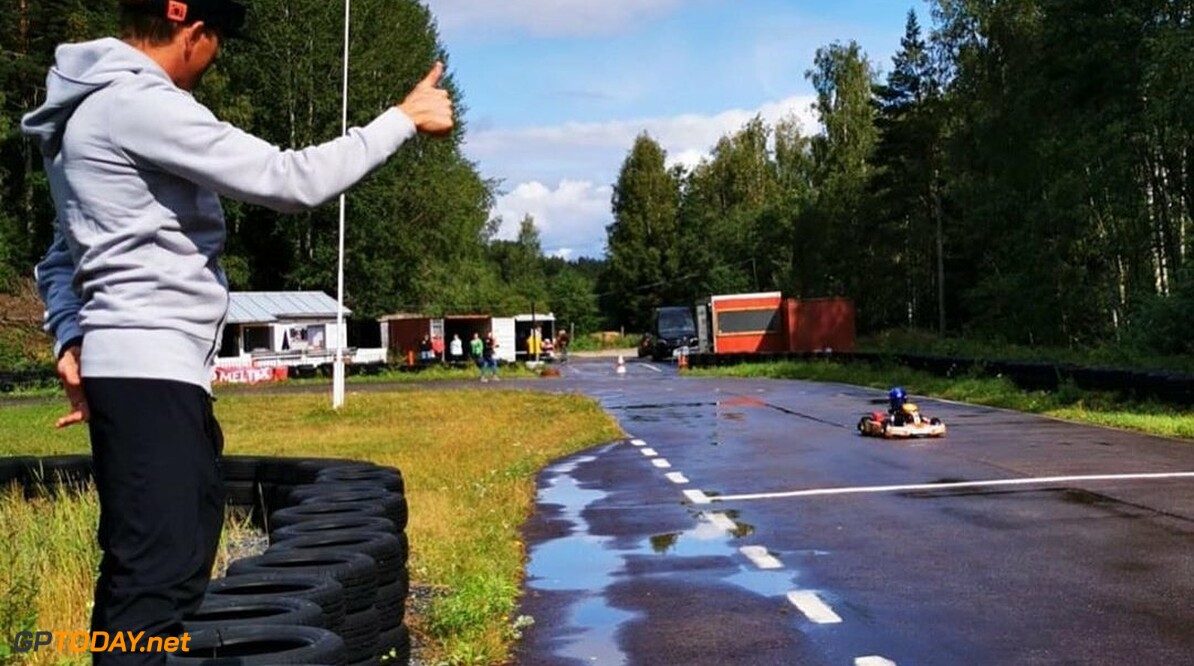 Raikkonen's son Robin gets first taste in a go-kart

Kimi Raikkonen's son Robin got his first taste in a go-kart as the Finn enjoys his summer break away from the Formula 1 action.

Raikkonen, who is currently competing in his 17th season in F1, uploaded pictures of his son to social media, with the young "ACEMAN" sitting behind the wheel of a go-kart.

The 2007 world champion previously stated that he wouldn't actively push racing on his children, but that he would give them an opportunity to explore it and discover for themselves.

"He enjoys cars, but more bikes right now," Raikkonen said in April. "But who knows, today they like one thing and tomorrow it is completely 180 degrees on something else.

"Probably in the summer we will take him in a go-kart for the first time and if he likes it, he can do it. But you never know with the kids. One day it is this and the next day it is that.

"I don't mind, if it only comes as a hobby then it is a great hobby for them, and it is probably easier for me."