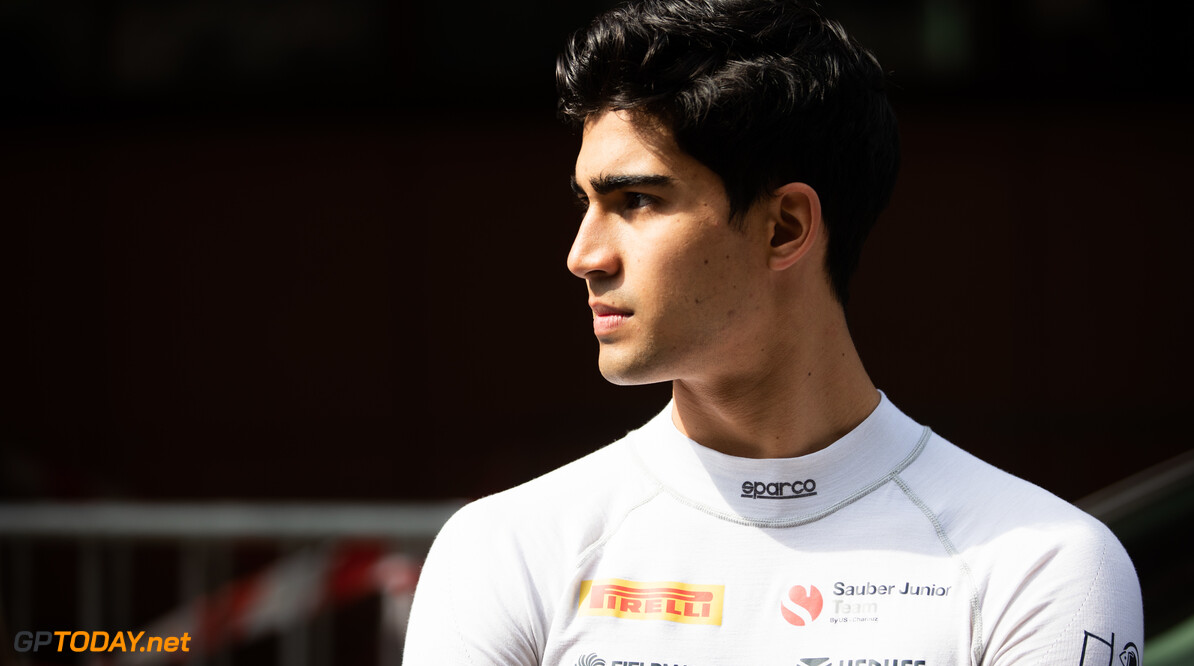 Formula 2 racer Juan Manuel Correa will drive a Formula 1 car for the first time this later this month as part of his development role with the Alfa Romeo team.

Correa joined Alfa Romeo as a development driver in March earlier this year. He was signed to the Sauber Junior Team by Charouz F2 squad and he has picked up two podium finishes so far this season.

Correa will get behind the wheel of the Sauber C32, the car that Sauber raced during the 2013 season, in a private test.

The test will take place at the Circuit Paul Ricard on August 24th, which will allow Correa to taste F1 machinery and work with the engineers to develop more of an understanding of the car.

"To say I am excited is an understatement," Correa said. "A test and a career in Formula 1 has been something that my partners and I have been working on for quite some time.

"I will take it all in stride, listen and learn all while gaining as much experience as possible."

The Ecuadorian born driver, who races under a US license, graduated to F2 this year after two years in GP3, where he picked up a best finish of fourth.

Last time out in Budapest, Correa scored two 14th place finishes, in what was a disappointing weekend for the 19-year-old.

“Our strategy did not work in race one but some people were able to make it work,” he said. “With the prime tyres, we lost a lot of time compared to the other drivers doing the same strategy as me and that is really where the race got away from us.

"After that, we put on the options for the last ten laps and we were fast, but the other drivers were too far away from us by that point. Pretty disappointing.

"The second race of the weekend was more positive than yesterday as the changes we made to the car helped it in the way that we were expecting.

"In the beginning of the race I pushed slightly too hard and I paid for that in the closing stages losing grip in the rear tyres.

"Knowing that it was going to be difficult to pass throughout the race, I decided to try and attack in the beginning but it did not pan out for us today.”