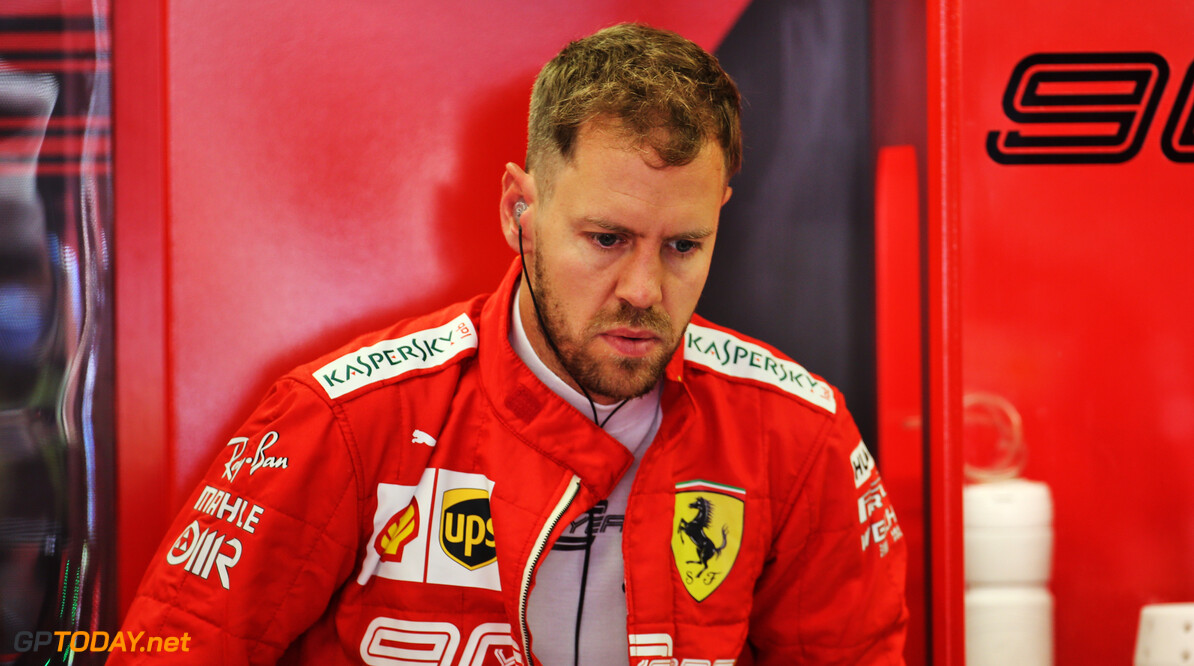 Sebastian Vettel has rated his opening half of the season a five out of ten, in what has been a tough season so far for the German and Ferrari.

The Italian squad has failed to win a race in 2019, with Vettel's closest opportunity coming at Canada, when he crossed the line in first place ahead of Lewis Hamilton.

However, towards the end of the race, he was handed a five-second time penalty for forcing Hamilton off the circuit when he re-joined after making an error.

Vettel is confident that he can improve his form in the second half of the year, as he has struggled to maximise the potential of the car over the first 12 races.

"Five. I'm not happy with the first half," Vettel stated. "I think I struggled here and there to really get on top of the car. I think we've been trying a lot of things, so that's fair enough.

"Obviously we wanted to squeeze out more, so you're always looking for more, but I feel I can do a better job in the second half. And five is my number, so take five."

In Hungary, Ferrari endured a difficult race as Vettel, who crossed the line in third place, was over a minute behind Lewis Hamilton, who took his eighth win of the season at the Hungaroring.

Vettel extended his opening stint on the medium tyre before switching to the softs at the end in an attempt to do something different.

"I think they were in very poor condition at the end," Vettel said of his medium tyres. "I was happy we tried. Obviously, we tried to hang in there. I think we stayed out another 10 or 15 laps after Charles pitted, just to try to do something different, maybe hope for a safety car, but to be honest by then obviously the top two were sort of gone anyways.

"It was really for the sake of trying something different, which looked very distant to ideal when we had the stop and I came out but then I just tried everything I had and got one chance in the end.

"In the end it’s not a big deal, third or fourth for the team, it’s still the same. The big picture for today is that we were not quick enough and not able to follow them right from two laps into the race."